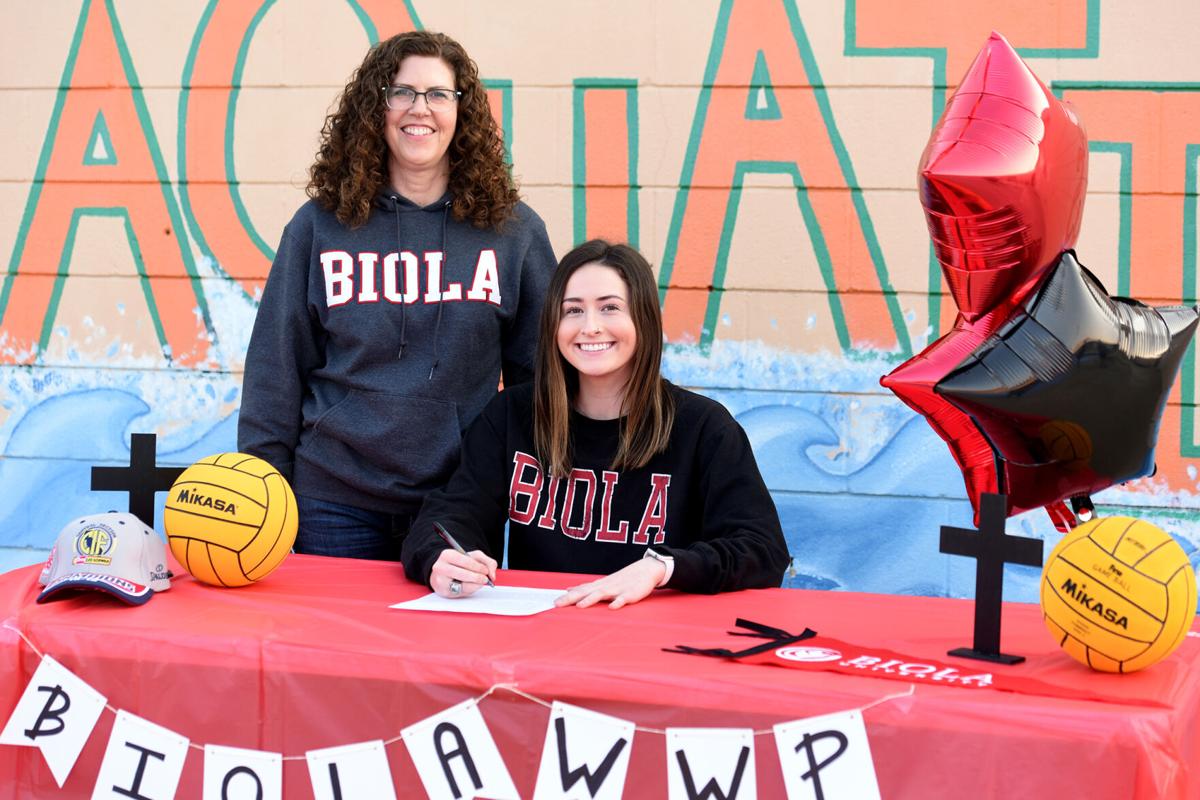 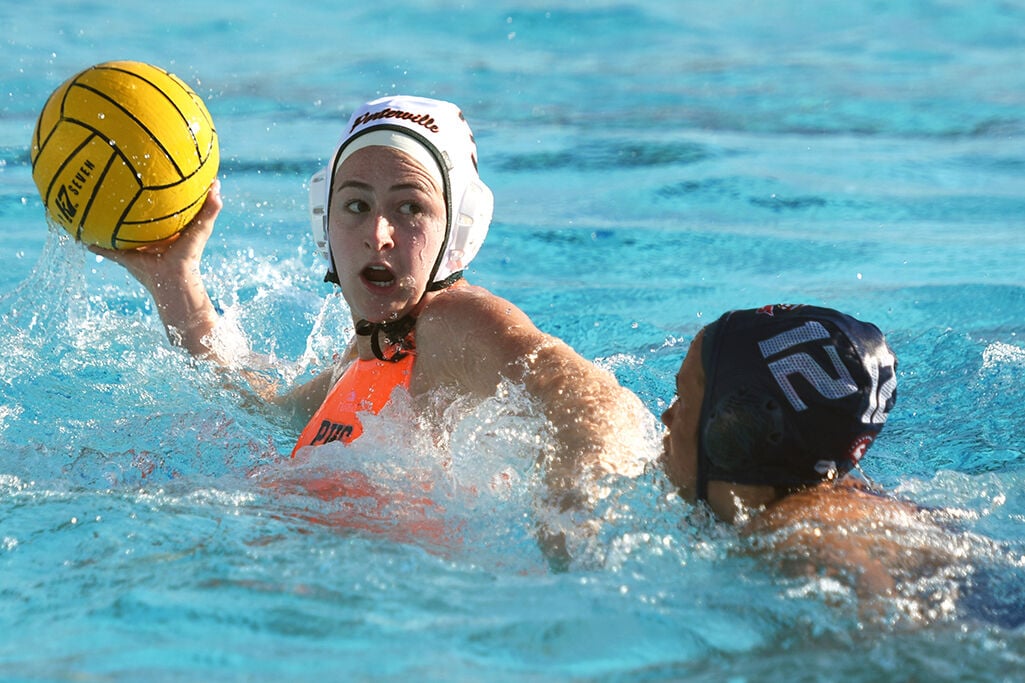 When it came time to take pictures, Karlie Wanmer was all smiles.

The Porterville High School senior announced her signing with Biola University women’s water polo with a small signing ceremony, Monday afternoon at the Panthers’ pool. It was the culmination of what had been a stressful past couple of months.

“It was really stressful at first before I signed,” Wanmer said. “I was stressing about being on the team and everything that came with it. And then once I finally signed, it was like a really big stress reliever….it all kind of hit me, and I’m just really excited to actually be a part of the team and start playing.”

Joining the NCAA Division II Eagles means that Wanmer not only gets to play a sport she loves at the next level but that she gets to do it at the university she dreamed of attending since she was in elementary school.

“I actually always wanted to go to Biola since like the fourth grade,” Wanmer said. “And then my sister (later) went to Biola, and whenever we dropped her off to go to college, they had started talking about how they were having a water polo team. That’s when I decided that I wanted to push myself to be a part of the team. I started applying, and I got accepted. And then I got on to the team, and it was kind of like a dream come true for me.”

During her time at Porterville, Wanmer was one of the team’s top players earning All-EYL, second-team honors, and honorable mention All-Valley.

She joined the varsity team as a sophomore and was a starter who helped the team win the CIF Central Section Division II championship in 2018. In her two seasons with the Panthers, Wanmer totaled 75 goals, 27 assists, 55 steals and 43 drawn ejections.

“Last year, she was pretty much the person that our offense relied on,” PHS head coach Evan Thomas said. “We were always trying to work the ball in to set and into her. She does a really good job of getting positioned (and) finishing when she gets the ball. It was awesome to have her there. She was always in the right spot. .... It’s going to be hard to fill that spot next year.”

Because of COVID-19, the Panthers are unlikely to play this year. Wanmer said that winning at least one Valley title has helped ease the sting of losing her final season, but she’s still going to miss the opportunity to captain the team finally.

“It’s been really hard for me, especially because it’s my senior year,” Wanmer said. “This would’ve been my last chance to play for my high school. It’s really sad, especially because I had really high hopes for my team, and the captains and I were supposed to design everything. It was always something I looked forward to since freshmen year. It’s been really hard, but I’ve been able to play on a club team, so it’s kind of made up for it, but it’s still really hard.”

Wanmer already knows what she plans to study at Biola ― communication disorders so she can become a speech and language pathologist ― but when it comes to thinking about playing for the Eagles, she gets anxious.

“I’m really anxious,” she said. “Kind of in a good way but kind of….it still bothers me because I did really well in high school, and it scares me that I might not be as good in college as I would be in high school. So it just makes me kind of anxious, but I’m still really excited.”

The nerves Wanmer feels don’t stretch to her coach.

As a person and teammate, Thomas described Wanmer as someone that you want to have on your team because of her energy and a good sense of humor. But as a player, the coach saw someone who was serious and committed to their sport.

Wanmer is someone Thomas knows can do very well at the next level.

“I think she’s a super confident person,” he said. “Like her mind is very competitive, and I’m not worried about her doing well at the next level. When it comes to practice, she wants to get every little detail down so that it’s perfect. She gets frustrated sometimes when it takes a little while, but she usually gets there. I think that part of her, the detail-oriented part, will help her a lot at the next level.”