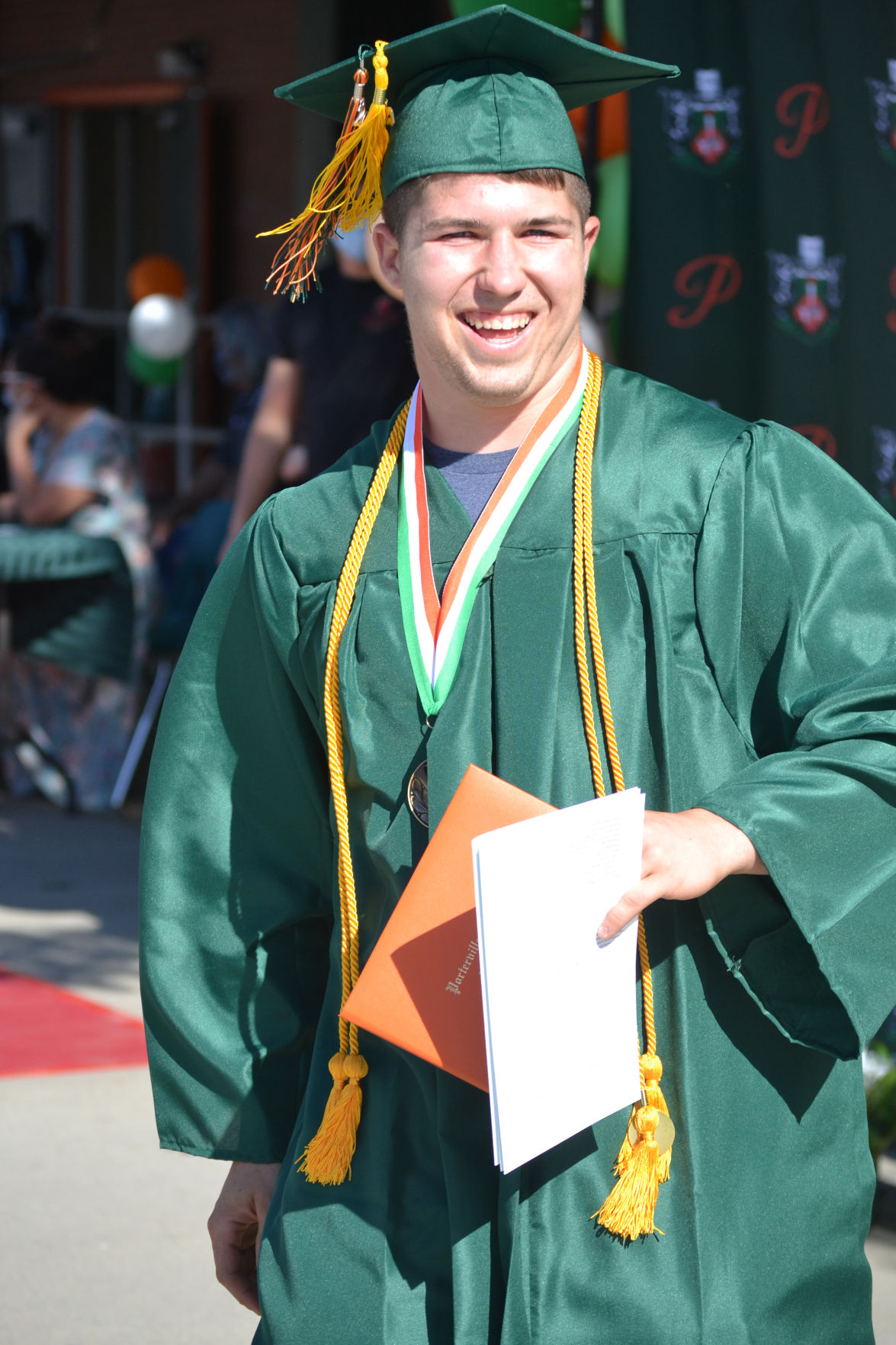 RECORDER PHOTO BY ALEXIS ESPINOZA Tyler Avila, one of the PHS valedictiorians, celebrates with a smile after walking the red carpet at the Porterville High School drive-thru graduation ceremony on Wednesday afternoon. 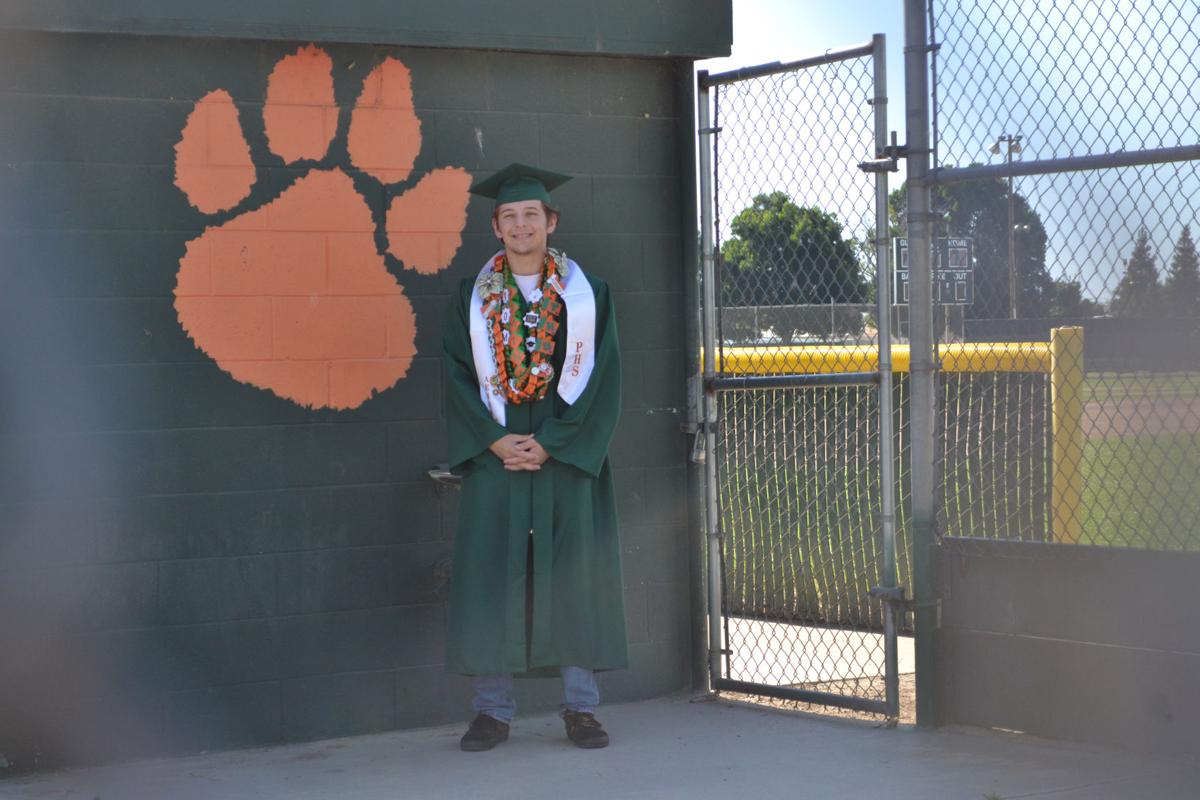 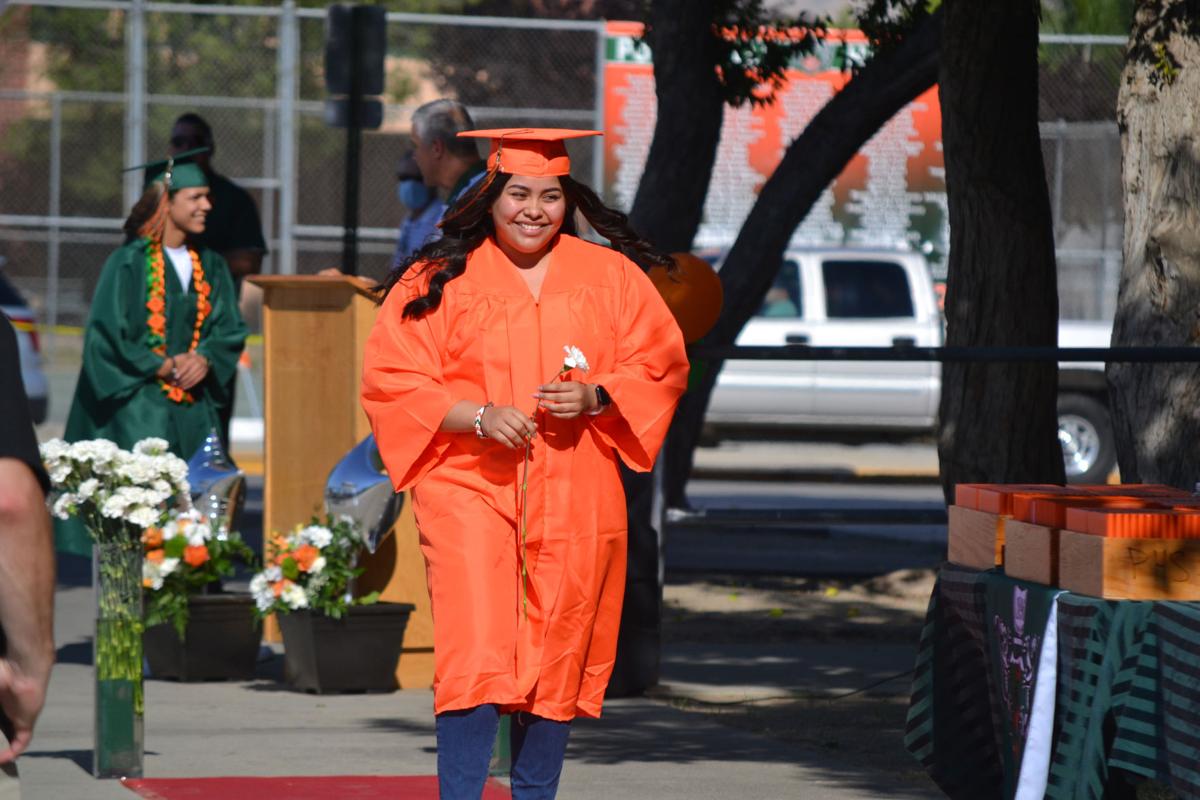 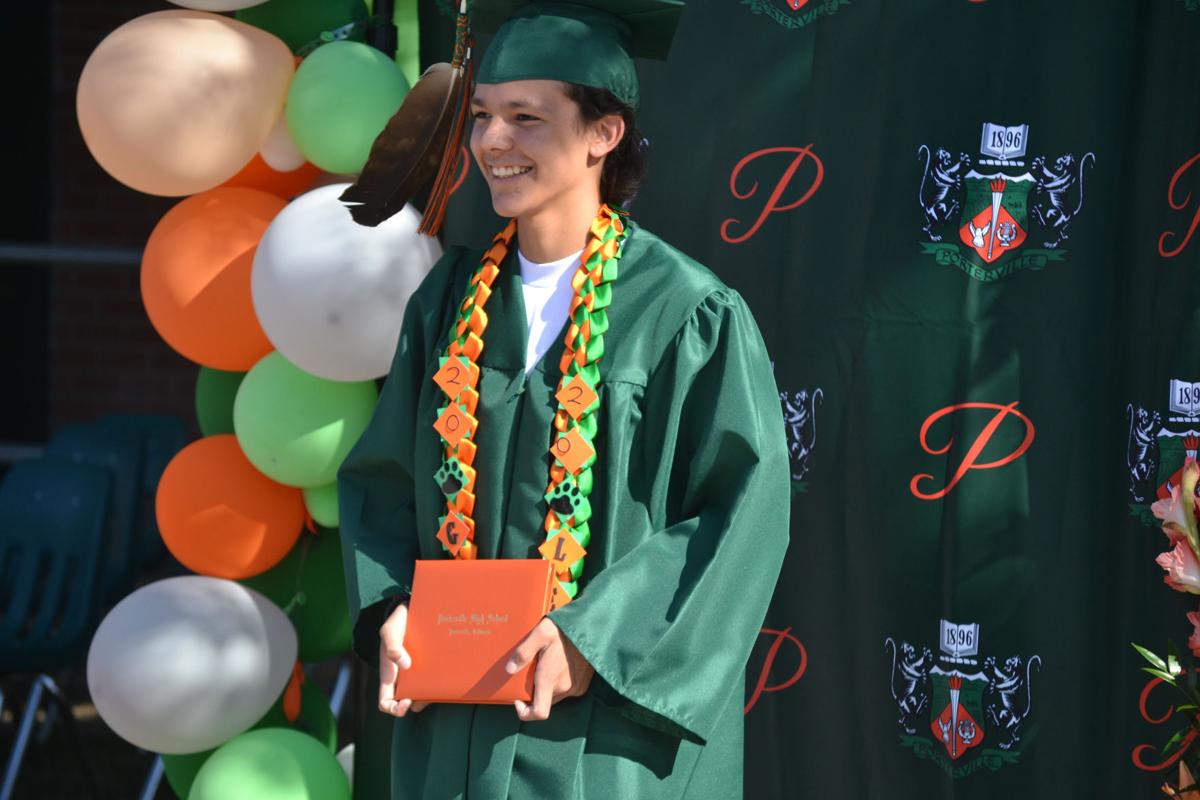 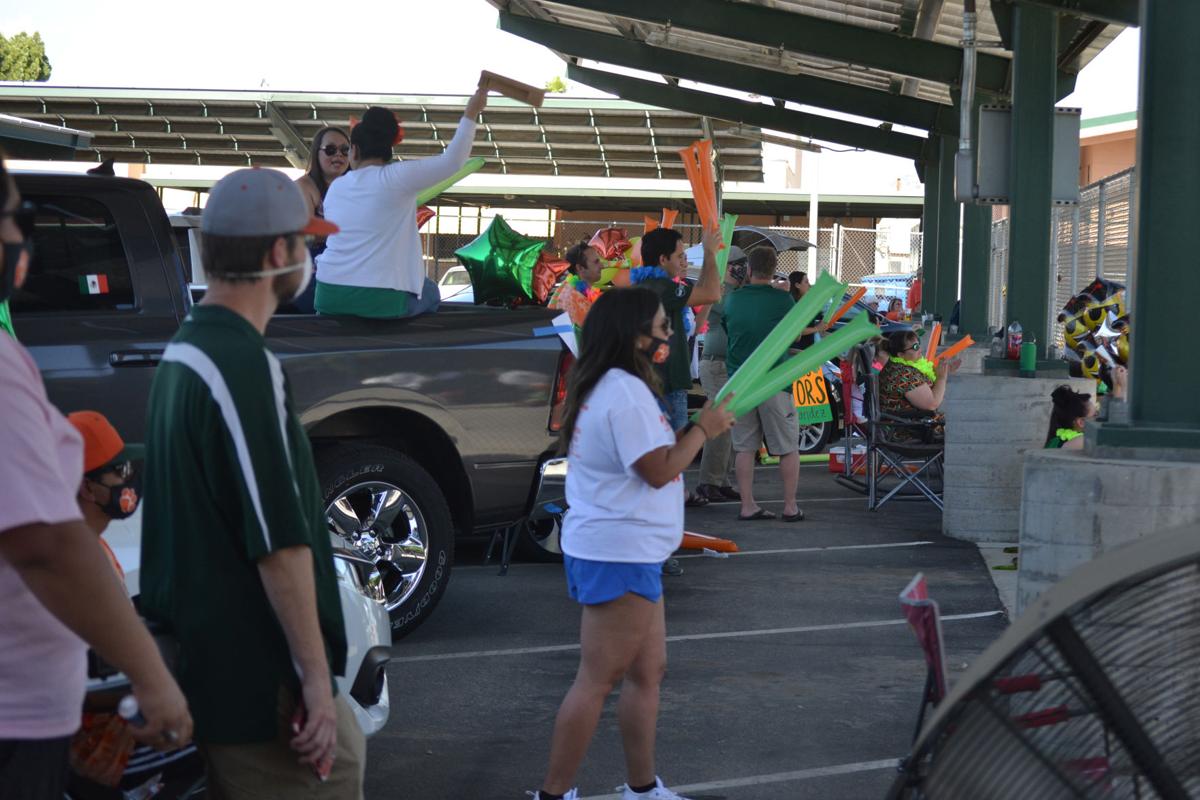 RECORDER PHOTO BY ALEXIS ESPINOZA Porterville High School staff cheer on the graduates as they walk in front of the PHS gymnasium during the drive-thru graduation on Wednesday afternoon.

RECORDER PHOTO BY ALEXIS ESPINOZA Tyler Avila, one of the PHS valedictiorians, celebrates with a smile after walking the red carpet at the Porterville High School drive-thru graduation ceremony on Wednesday afternoon.

RECORDER PHOTO BY ALEXIS ESPINOZA Porterville High School staff cheer on the graduates as they walk in front of the PHS gymnasium during the drive-thru graduation on Wednesday afternoon.

“I’m feeling really excited,”said PHS graduate Armando Amador. “I mean, we’ve been through a lot. We went through some things, but we made it through.”

At 5 p.m. sharp, the ceremony began and cars carrying the PHS class of 2020 graduates had already lined up around the block. Slowly, they rolled by the high school’s baseball fields until they reached the PHS gymnasium. Then, one-by-one the cars stopped to let the graduate out so they could walk the red carpet and receive their diploma covers. The graduates will officially receive their diplomas at a later date.

First to exit her vehicle and walk the graduation red carpet was Mirella Almanva. She was all smiles as her family cheered from the car. After being handed her diploma cover, she was stopped to take a photo behind a custom PHS backdrop, before being released back to her family. This routine was the same for each of the graduates who participated in the first day of the graduation ceremony.

“Let me begin by congratulating the Porterville High School class of 2020. I am very grateful for this opportunity to say just a few “last minute” words to the members of this outstanding and truly special class,” said PHS Principal Jose Valdez. “Graduate’s, thank you for carrying forward the Panther traditions of academic excellence and being a person of character. You have worn the orange and green proudly over the last four years.

“And in the arena of athletics this class has also been very successful; they were tied for the EYL (East Yosemite League ) All Sports trophy going into the spring season. Both girls and boys basketball won EYL Titles. In addition, this powerful class won two Valley Championships in Boys Cross Country and Girls Basketball. Big congratulations and kudos to you. And last, but certainly not least, Tyler Avila won the Valley Masters Wrestling Championship.

“I am also very proud that this class has 29 students with a 4.0 GPA or above. You 29, thank you. You have brought it every day and I know these habits will bring you much success in the future. Also, this powerful class has 72 Biliteracy Seals which is most in the district. Amazing and congratulations to you all.”

PHS staff was lined up in the parking lot, cheering on each graduate as they took their turn to walk. It also took several members of the PHS staff to fully operate the graduation. From getting each graduates name to handing them information regarding when they could pick up their diplomas, each staff member played an integral role in keeping the ceremony running smoothly.

Valdez made sure he congratulated every graduate before they walked, breaking into a huge smile each time. His pride was evident with each smile.

“We are very proud of them,” said Valdez. “They have been outstanding. This has been a truly remarkable class, both academically and athletically. They have accomplished great things and I know the sky is the limit for them and their future endeavors.”

The second day of PHS’ drive-thru graduation ceremony will begin today at 5 p.m. Porterville Unified School District (PUSD) will release a virtual ceremony broadcast via YouTube on June 12 at 7:30 p.m. The video will also be posted to PUSD’s social media pages.