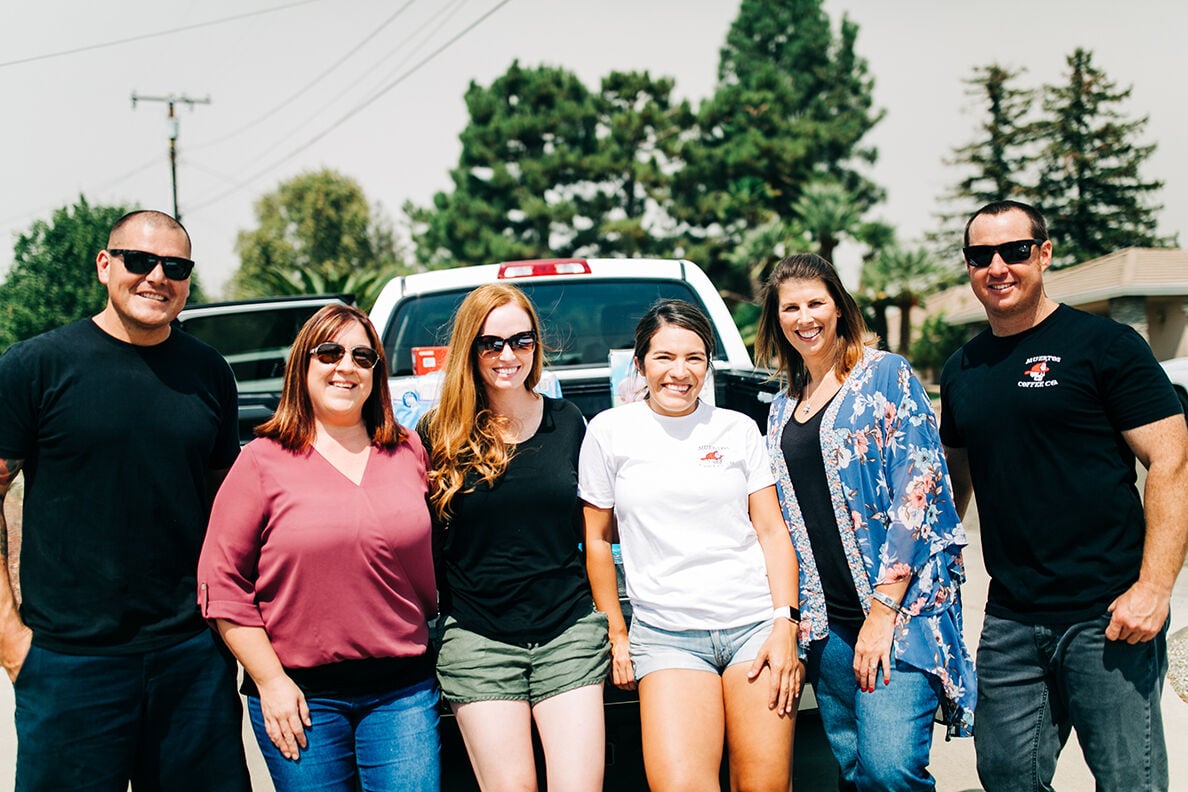 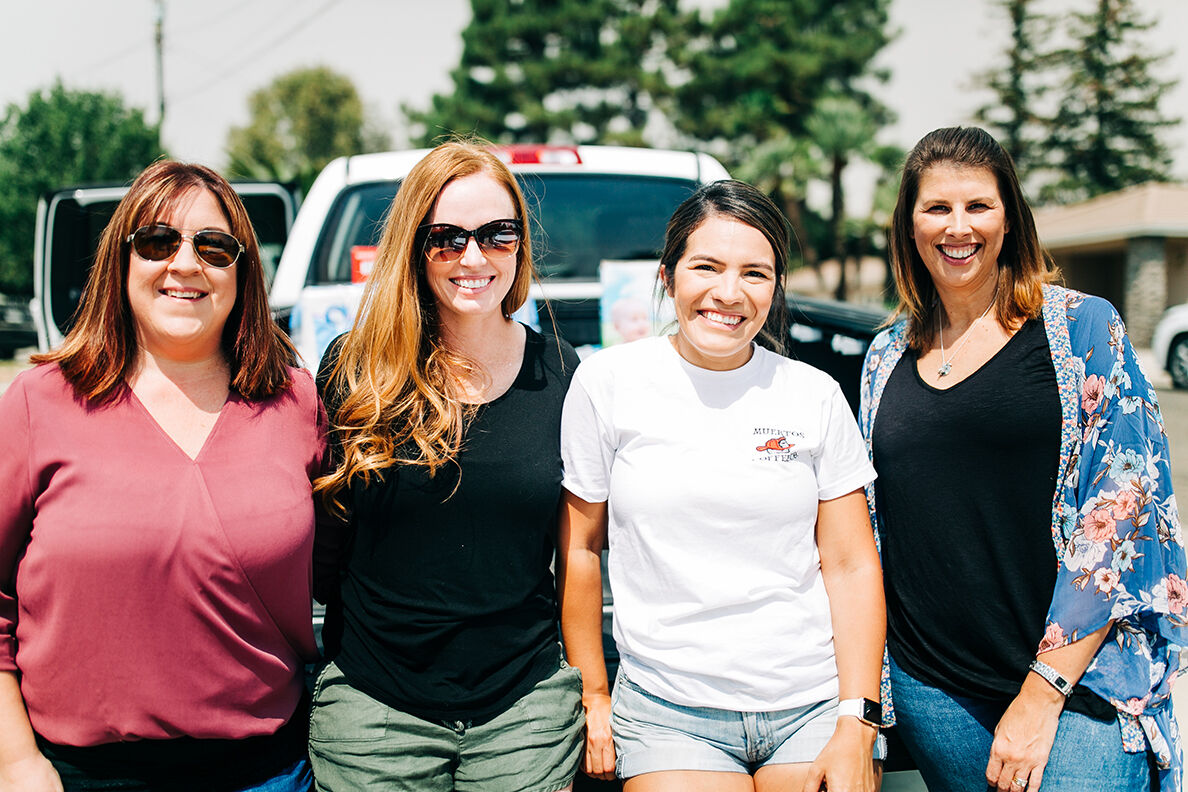 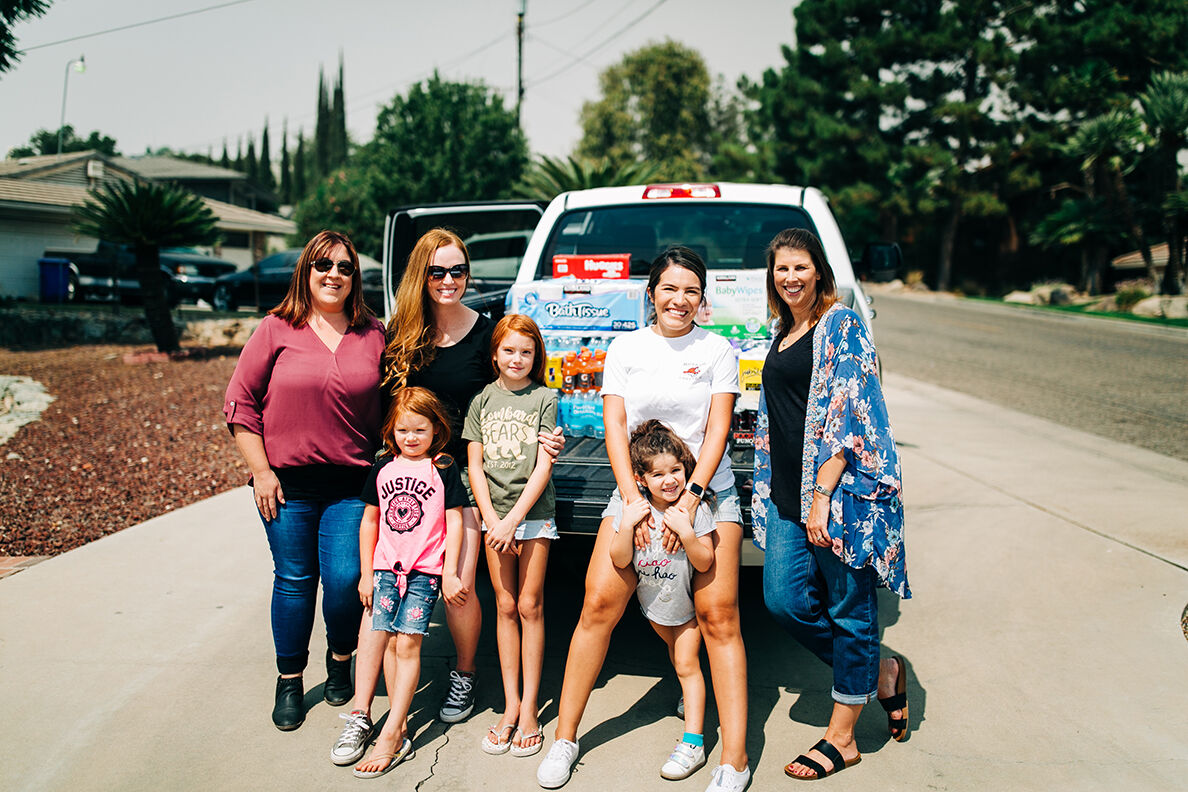 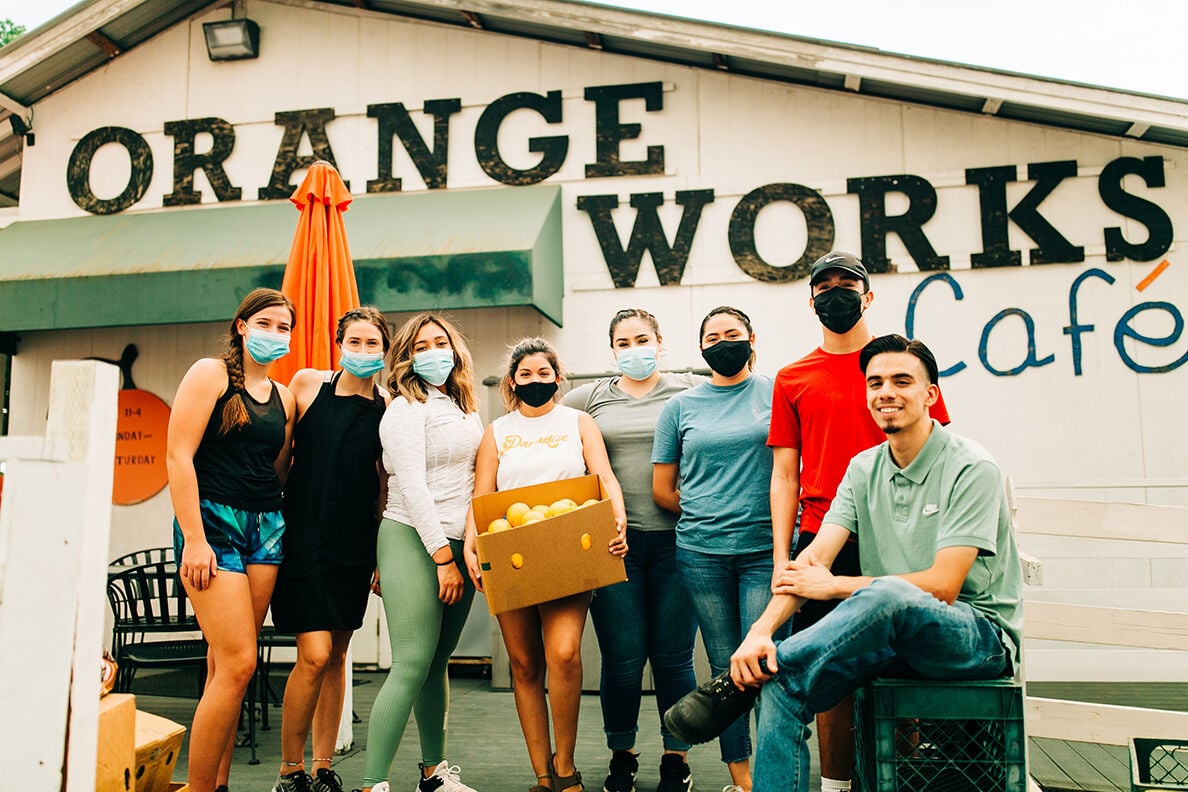 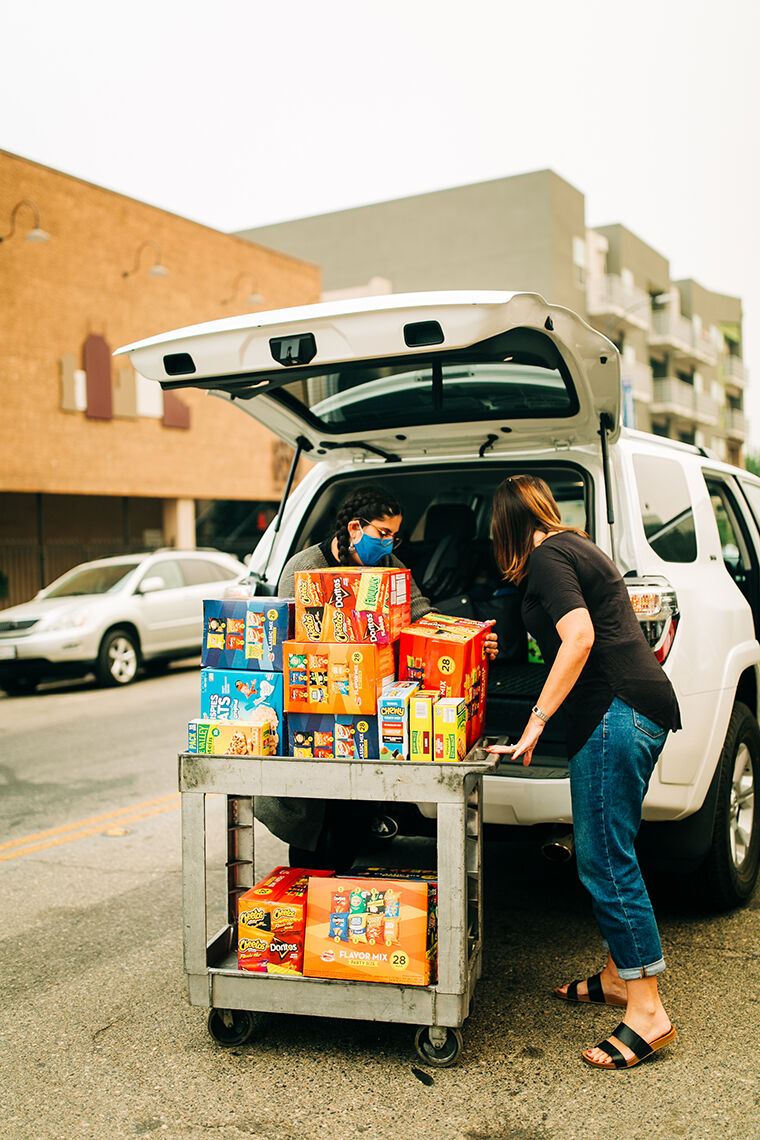 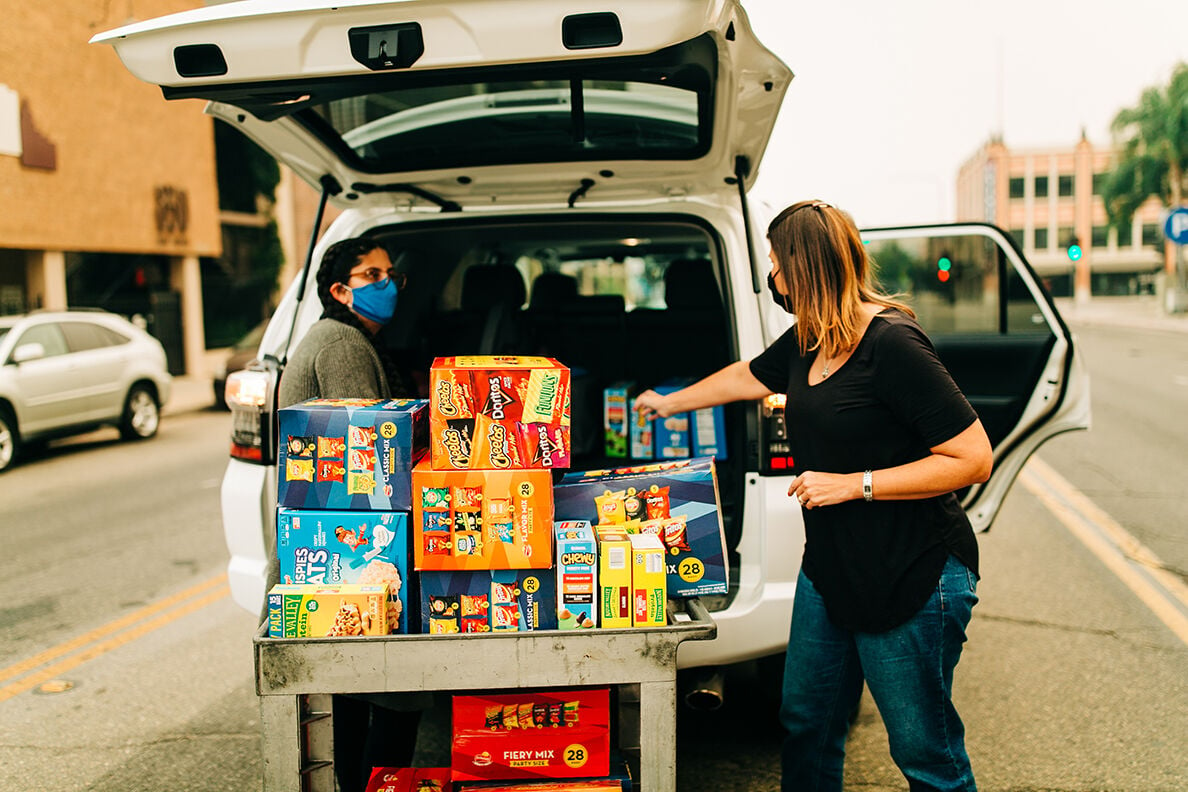 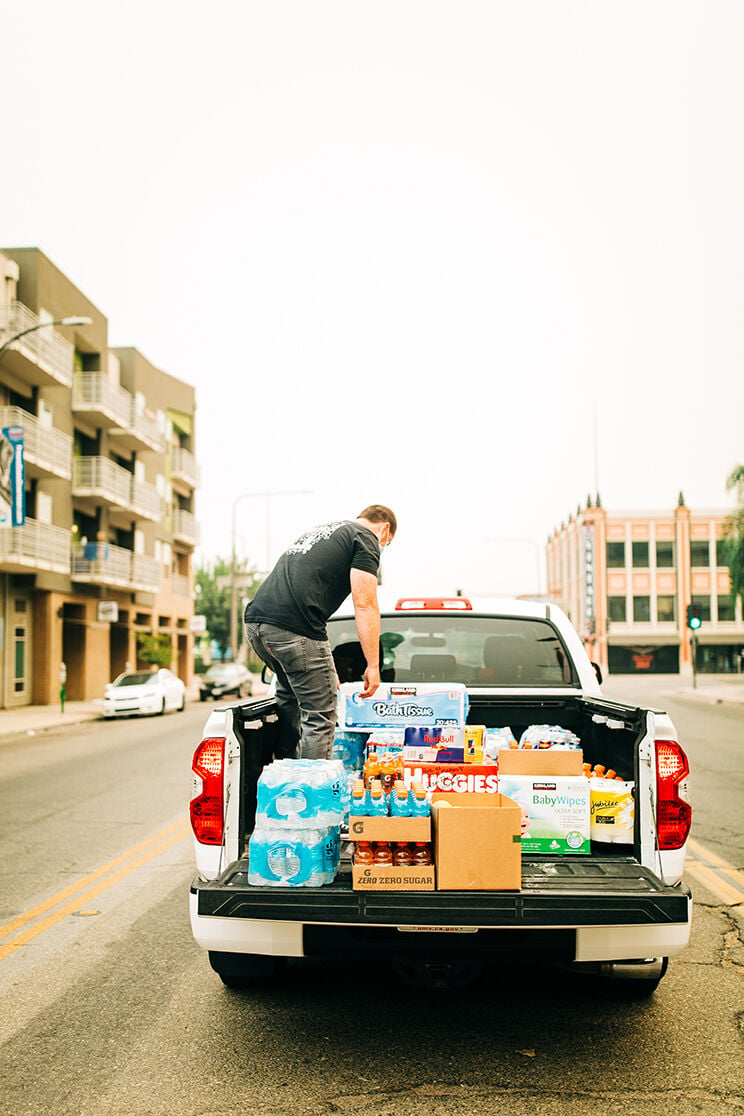 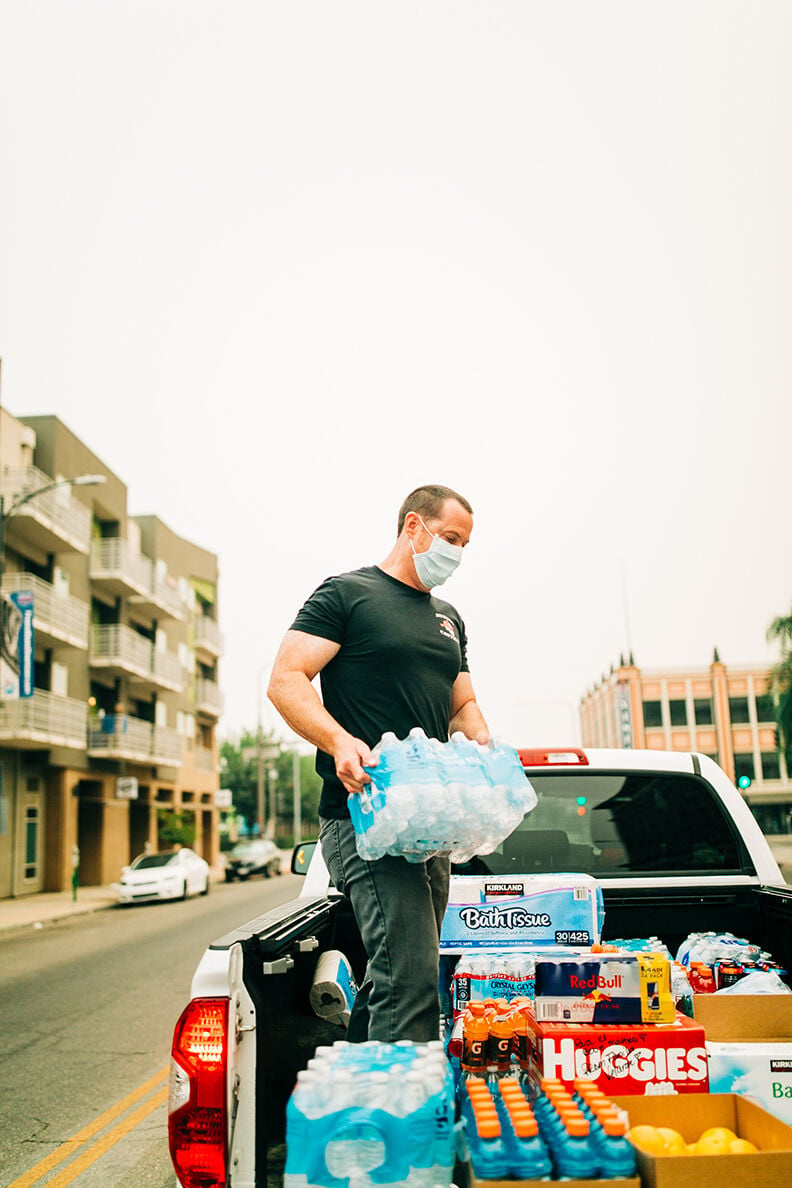 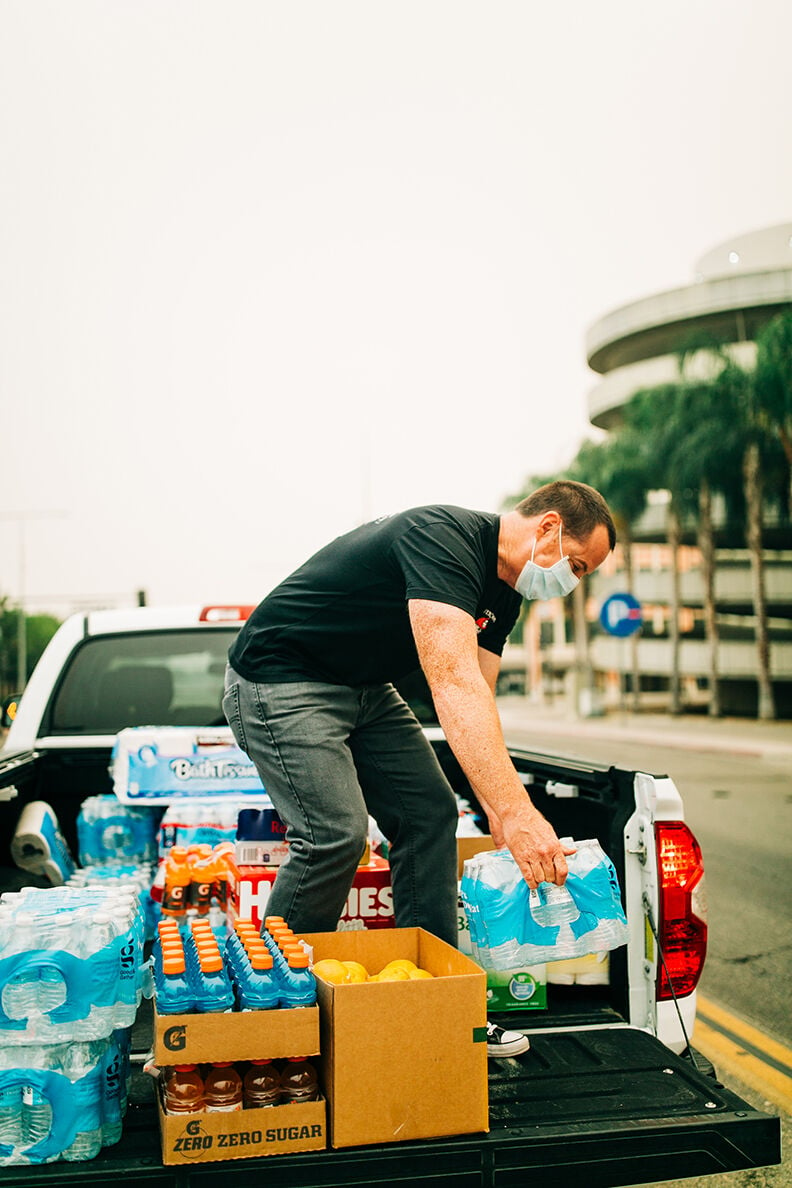 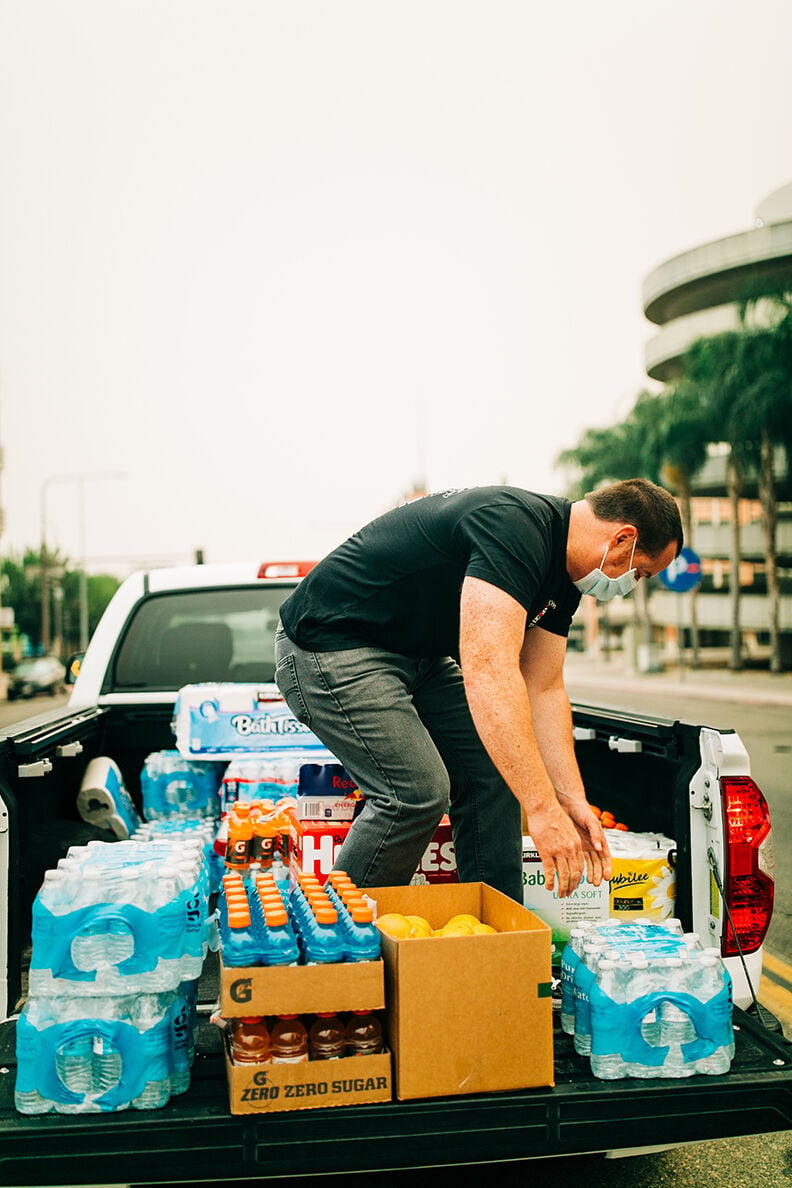 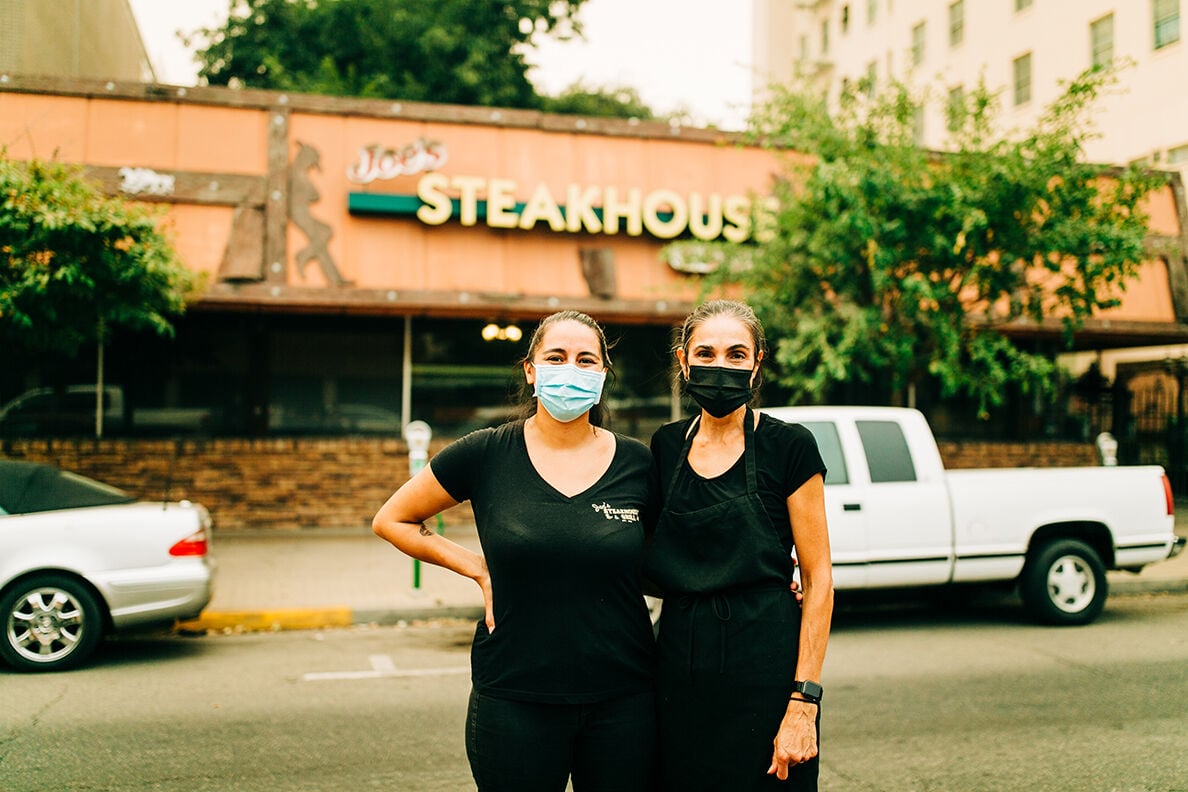 Jackie and her mother accepted donations at their restaurant Joe's Steak House in Fresno, Saturday, Sept. 12, 2020.

Jackie and her mother accepted donations at their restaurant Joe's Steak House in Fresno, Saturday, Sept. 12, 2020.

Remembering the support and aid Porterville received from neighboring cities back in February when the Porterville City Library caught fire, Natalie Godinez showed little hesitation to return the favor for those battling and surviving the Creek Fire.

CAL Fire reported Sunday morning that the fire had burned over 200,000 acres in the Sierra Nevada Mountains, was only 8% contained, and around 45,000 people were evacuated from the Fresno and Madera County area.

On Saturday, Godinez, Tiffany Mathews, Dani Aguilar, Lindsey Lowery and Aaron Brunelle loaded up a truck full of supplies and delivered donations to help those affected. She said, “Honestly it feels good that everyone is coming together.”

The first donation stop made was Joe’s Steak House in Fresno. The steakhouse spent Thursday, Friday and Saturday helping to feed firefighters and other emergency personnel. There they donated water, Gatorade and fresh fruit.

The second and final stop was Clovis Hills Community Church were supplies along the line of energy drinks, baby formula, baby clothing, hygiene products, batteries and gift cards were donated.

The idea to collect donations for the two organizations came to Godinez on Wednesday while she was sharing Creek Fire resource information to her followers on social media. Godinez lives in Porterville and runs her own photography business, N. Godinez Photography that has over 8,200 followers combined on Instagram and Facebook. She used those platforms to start collecting donations.

Godinez shared posts from Joe’s Steakhouse and Clovis Hills’ Instagram pages that detailed exactly what the organizations needed and when. She also shared her Venmo information to help raise money and collected a total of $2,360.

“At first, I didn’t get that much feedback, and then once I added that people can do Venmo, then I got a lot more feedback,” she said. “And then I shared it on Facebook and that’s where I felt like it picked up a lot.”

Before making her stops in Fresno and Clovis, Godinez picked up oranges donated by The Orange Works Cafe and stopped at the store to purchase a few more items like baby clothing, snacks, wipes and electrolyte drink mixes to donate. She said that having a detailed list from the two organizations helped make it easier to shop.

“I feel like it does because when you’re going to the store you’re like, I need to get this, this and that. And not just look around,” she said.

Godinez also utilized the firefighters’ wives group chat as a way to get more donations and ideas.

“I also reached out to a bunch of the Porterville Fire wives, we have like a group text so I reached out to them and they’ve been donating stuff as well,” she said. “And I feel like we kind of know what the guys want when they’re out on fires. So they brought stuff that they were like, ‘Hey my husband really likes to use this when he’s out on fire.’ Cause we know.”

After Saturday’s purchases, Godinez said there is still $736 left and that money will go to help with the Castle Fire.

“We are working on gathering more supplies and hopefully more donations for the local people that are currently having to evacuate due to the Castle Fire up above Springville,” she said on Sunday. “The girls and I are trying to figure out a way to help the local crews now since that fire up there just blew up and had to issue evacuations as well.”

The Castle Fire is part of the Sequoia Complex Fire that began on Aug. 19 and was started by lightning. It spans over 74,000 acres and is 12% contained as of Sunday morning.

“This has definitely been a huge team effort and (I am) really grateful for the people from near and far who donated and helped,” Godinez said. She gave a special thanks to all the “amazing people” that donated.