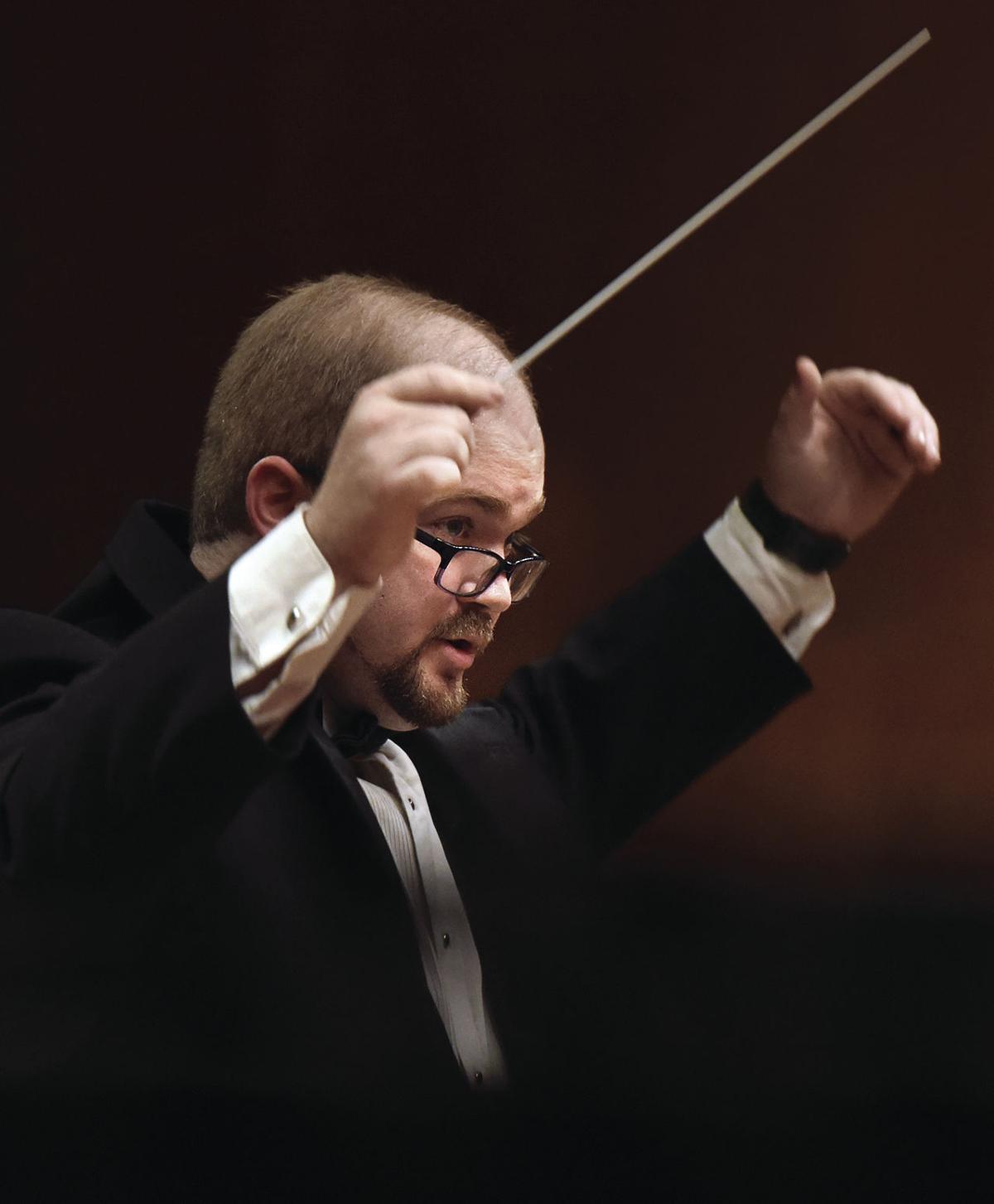 The annual Porterville High School Panther Band Concert was held Friday, April 20 at the Porterville Memorial Auditorium. This was the first concert under Clark Keele's direction. 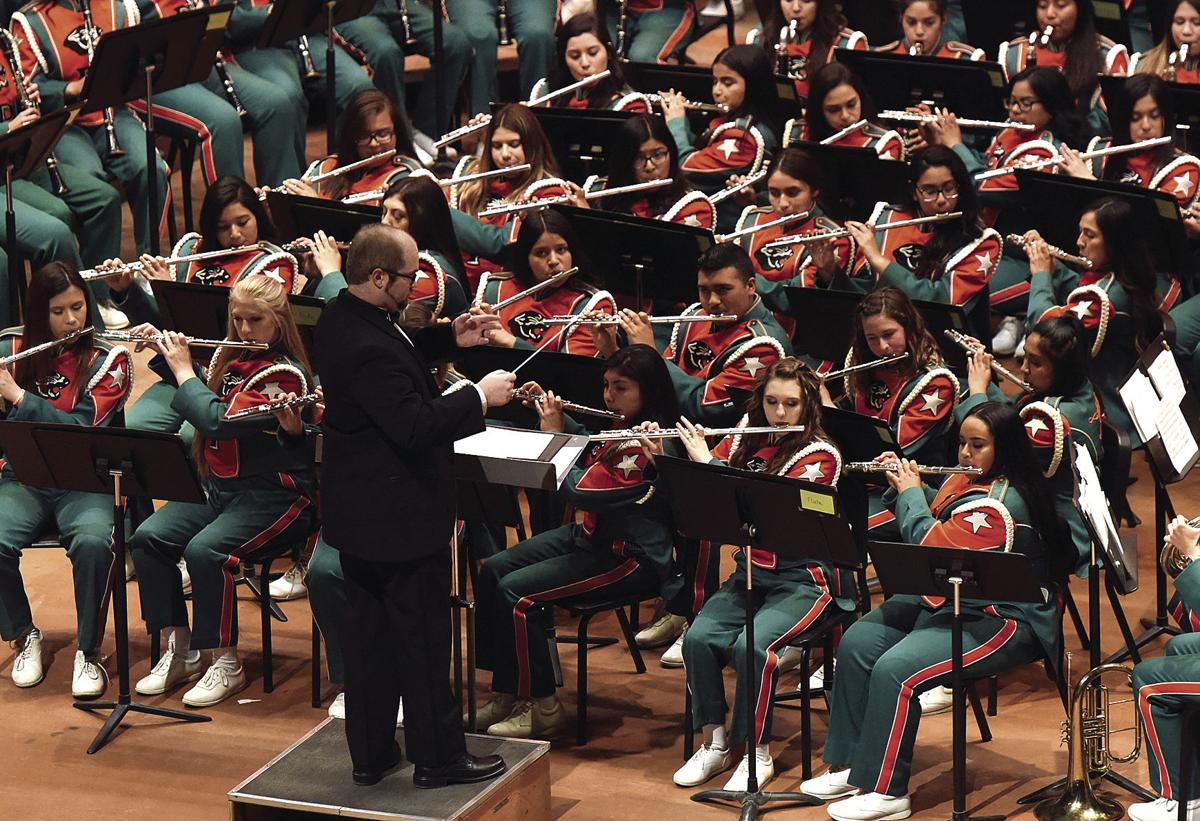 The annual Porterville High School Panther Band Concert was held Friday, April 20, at the Porterville Memorial Auditorium. This was the first concert under Clark Keele's direction.

The annual Porterville High School Panther Band Concert was held Friday, April 20 at the Porterville Memorial Auditorium. This was the first concert under Clark Keele's direction.

The annual Porterville High School Panther Band Concert was held Friday, April 20, at the Porterville Memorial Auditorium. This was the first concert under Clark Keele's direction.

First under new director had mix of old and new

Once every generation or so, a new band director takes the podium in front of the Porterville High School Panther Band and begins a new journey and a new chapter in the band’s history.

One of the inevitable first steps on such a journey is that first big performance in front of the community to demonstrate that the band that wears the Orange and Green is in good hands, and that its time-honored traditions of musicianship and patriotism will remain intact.

For Jim Kusserow that nervous first concert was in May 1991. For his successor Clark Keele it was Friday night, and judging by his leadership on stage and their performance at the annual spring concert, the Panther Band is in good hands indeed.

The customary large crowd nearly filled the Porterville Memorial Auditorium for the 65th annual Panther Band Concert, and Keele couldn’t have chosen more solid footing for the evening’s opening musical moment than a performance of John Philip Sousa’s “The Thunderer” march. It was the first time the band had performed the march during their spring concert in 30 years.

The first act then moved on to two of the three challenging pieces the band performed at this year’s CMEA festival: Larry Daehn’s majestic “With Quiet Courage,” which was written in 1995 to pay tribute to his mother, and the challenging sixteen-minute opus “Overture to a New Age” by Jan de Haan, which featured multiple soloists, irregular meter and rousing themes reminiscent of a Hollywood blockbuster soundtrack.

After a brief intermission the band began the second act with Sousa’s “Black Horse Troop” march, followed by the evening’s awards presentations, during which senior trumpet player Connor Entenman received the evening’s top honor in the Frank Howard Student Award.

With 20 percussionists, the band was better suited than most to tackle John Mackey’s “Foundry,” a 2011 composition that captures the industrial sounds of a working metal foundry with twelve separate percussion parts played on improvised instruments such as car exhaust pipes, metal salad bowls and empty propane cylinders.

After the adventurous “Foundry,” the band returned to more familiar fare, performing “Irish Tune from County Derry” by Percy Grainger, an arrangement of the famous tune Londonderry Air (Oh Danny Boy, and then a medley of songs from Beauty and the Beast.

Despite having several less rehearsals than normal leading up to the concert due to the early concert date, the band was dialed in with its new director and responded quickly to Keele’s cues and coaxes for tempo and volume.

As the timpani roll began to kick off the concert’s familiar finale saluting all branches of the armed services, it became clear to the packed house that while there had been a changing of the guard within the Panther Band, it would not be changing its colors anytime soon.

Moments after the last note played and half the auditorium was still on its feet, Keele humbly thanked his students, parents and volunteers for making his first Panther Band concert a success.

“What a privilege it has been working with all of these amazing students,” said Keele. “It’s not easy being a member of the Panther Band. There are night practices and rehearsals, football games and festivals, and parades. There’s so many other things that these kids do, and it takes a lot of work to put out the product you saw tonight. I’m very proud of them.”