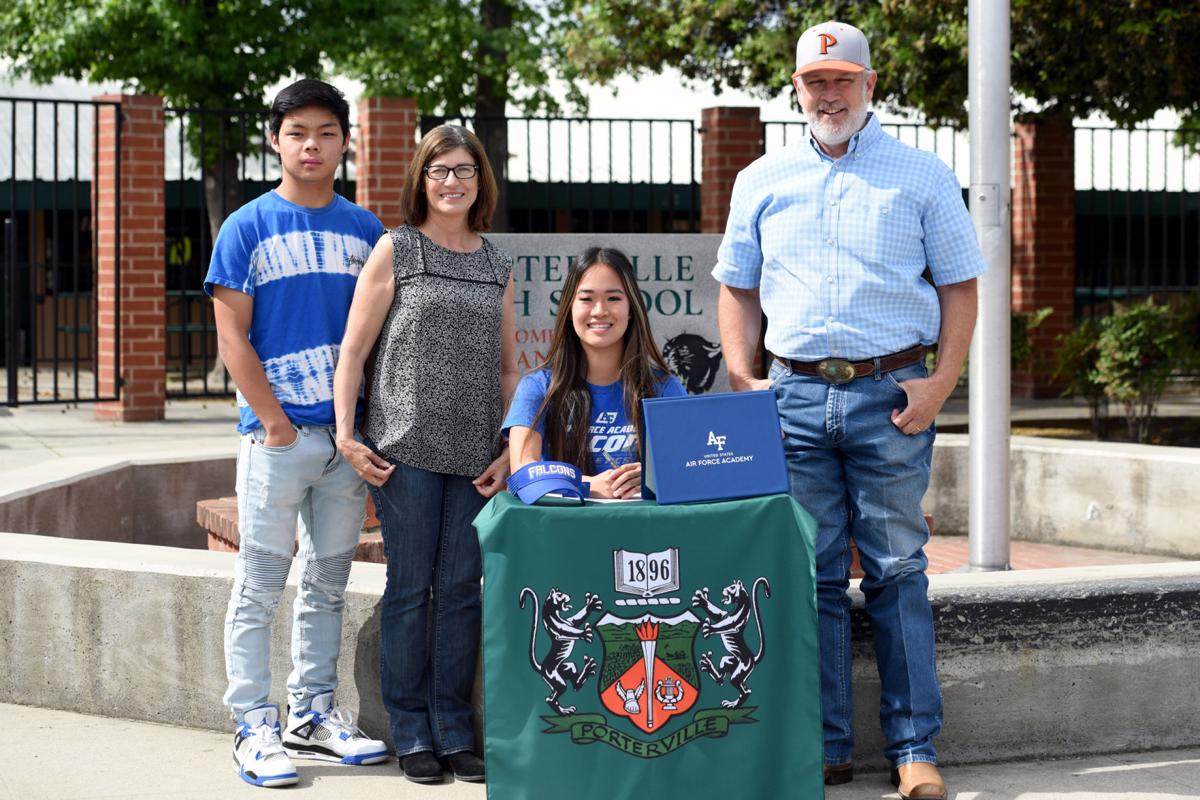 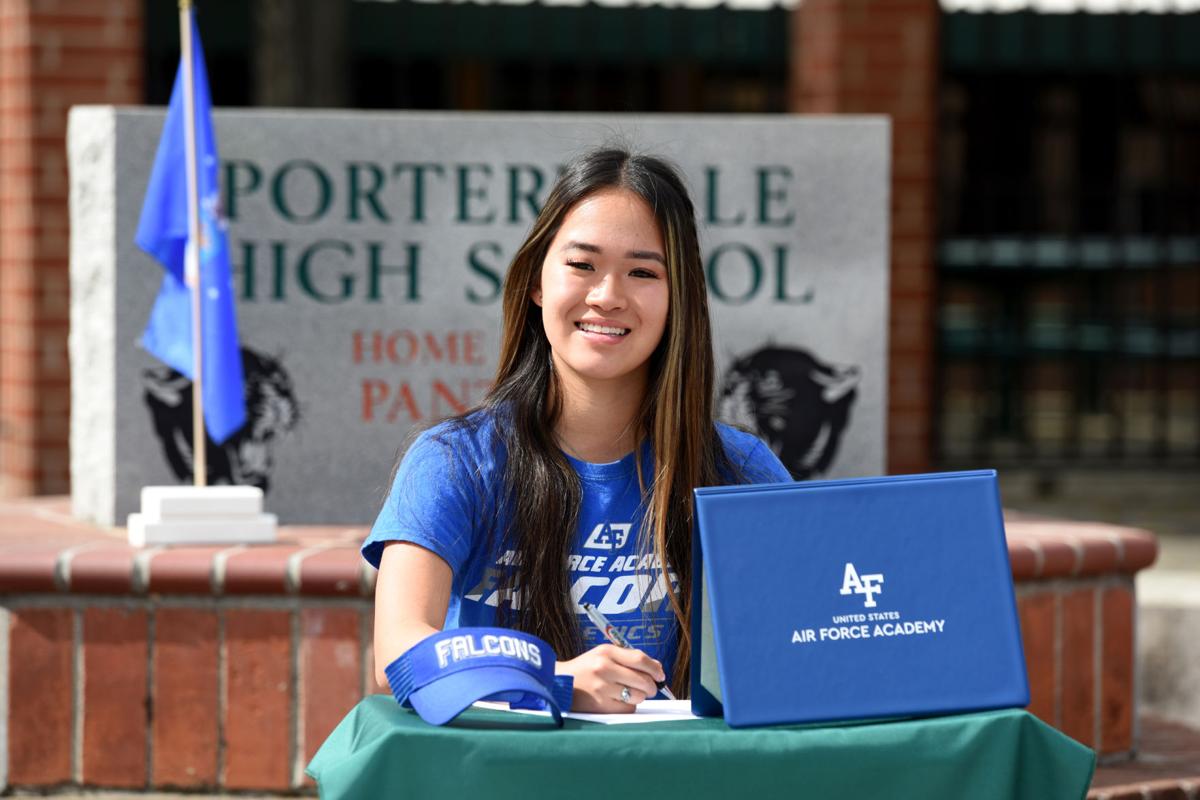 Unfortunately for the senior, the coronavirus pandemic and the ensuing school closures prevented her from making the announcement during the school’s usual signing day. But even in her small ceremony it was obvious to see Davis was thrilled about her next step and serving her country.

“I’m actually an immigrant from South Korea,” Davis said. “My parents adopted me and my brother and I’ve grown up in the best household with so many opportunities that I know that I wouldn’t have been able to receive if I hadn’t come to the United States. So the ability to serve my country and give other people those freedoms and that ability to do the same thing I did is just the best thing I could ever ask for.”

Davis knew since she was asked in a freshman year honor class she wanted to go to a military academy, and was leaning towards the United States Military Academy at West Point before she turned her focus on the Air Force Academy on Colorado Springs, Colo.

“West Point was the original school but then I found the Air Force Academy and it’s a great location and the major that I wanted, military and strategic studies, and I said that’s the one,” she said. “So I just worked at it.”

To increase her chances of getting into the academy Davis, who has a 4.3 GPA, took on leadership positions in FFA (Future Farmers of America) as the Porterville Fair Junior Board President, as well as in the Panthers' two bands. In the marching band Davis was a percussionist, Pit Captain and first chair for all four years. In the Fabulous Studio Band, the PHS and Porterville College jazz band, she was a bass guitarist.

In athletics, Davis was a two-sport athlete. She ran varsity cross country for four years and was a team captain. In soccer, she was selected Most Valuable Player on the junior varsity team then played three years on varsity where she also received a Most Improved Player award.

In her spare time she also officiated soccer games and did community service.

Still, getting into the Air Force Academy requires more. The academy has a 12 percent acceptance rate and candidates have to not only meet academic, character, physical and medical requirements, but they also have to receive a congressional nomination.

Davis got two nominations: one from Congressman Kevin McCarthy and the other from Senator Kamala Harris.

“It’s really difficult to get either of them and whenever I was there interviewing, I got to meet some of the (candidates) and oh my gosh, every single one of them that tried for that were so amazing,” Davis said. “I was like oh my gosh, I might not get that.”

Earlier this year McCarthy called Davis to let her know she had received an appointment to the academy.

“I’m above the world still,” she said. “I received a phone call from Kevin McCarthy in February a few days before it popped up on my portal that I was appointed and my parents weren’t there, they were at my brother’s basketball game. So I’m sitting in the house on the phone with the congressman going, ‘What do I do? Thank you!’ I don’t know how I sounded, I was probably blubbering but as soon as I got off the phone I called them. I was a crying mess. I’m still just taking it all in.”

At the academy, Davis also plans to minor in a foreign language although she doesn’t know which one yet.

“I’m just trying to see where the United States goes with relations with all the countries because if need be, I’ll choose one that’s a little bit more important to study in case the language is needed,” she said.

Another thing Davis needs to take care of before she accomplishes her goal of becoming a pilot is to get a waiver for her height so she can fly.

“You have to be 5’4 and I’m 5’3 and like three-quarters!” Davis said with a laugh. “It’s so upsetting because it’s just that one-quarter inch. But I know that I’ll be able to get that waiver because there have been people way shorter than me that have gotten it and been able to fly.”

Air Force Academy cadets don’t have to pay tuition but are required to serve immediately after they graduate. Davis said she’ll have to serve five years but after that she’s considering a lifelong career in the military and possibly returning to the academy to teach.