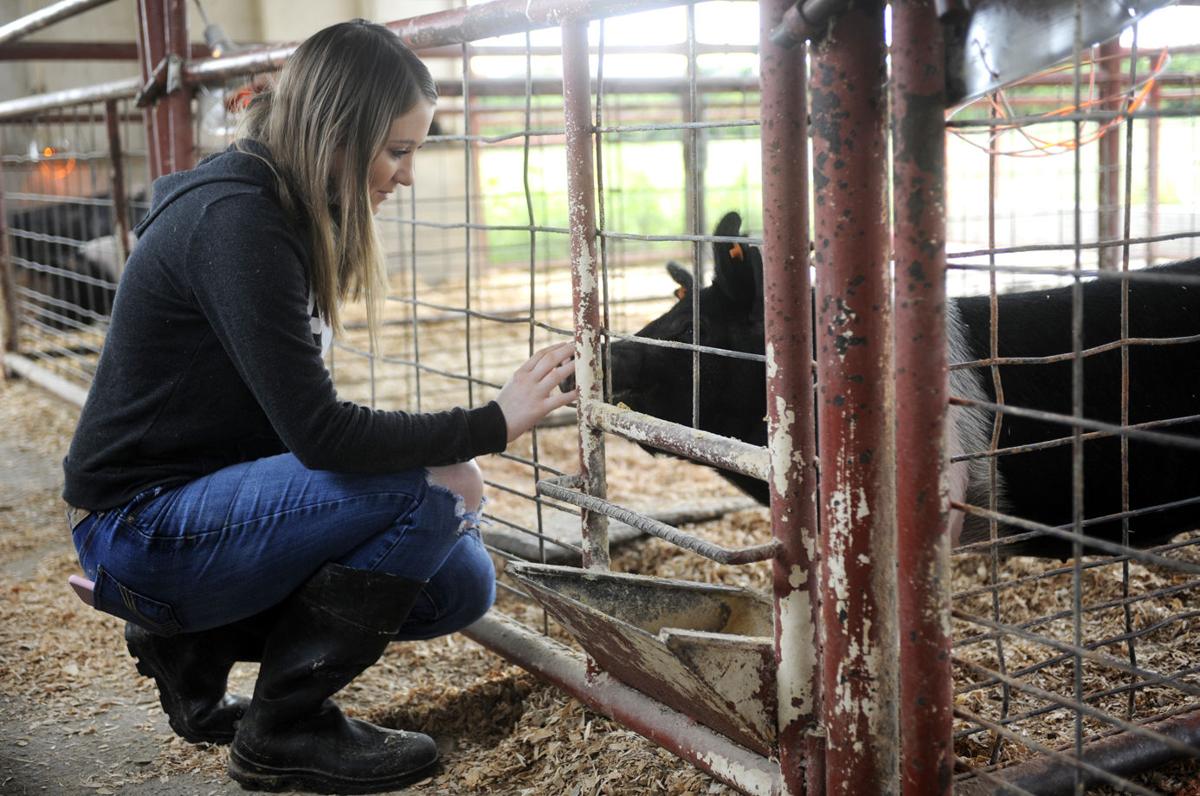 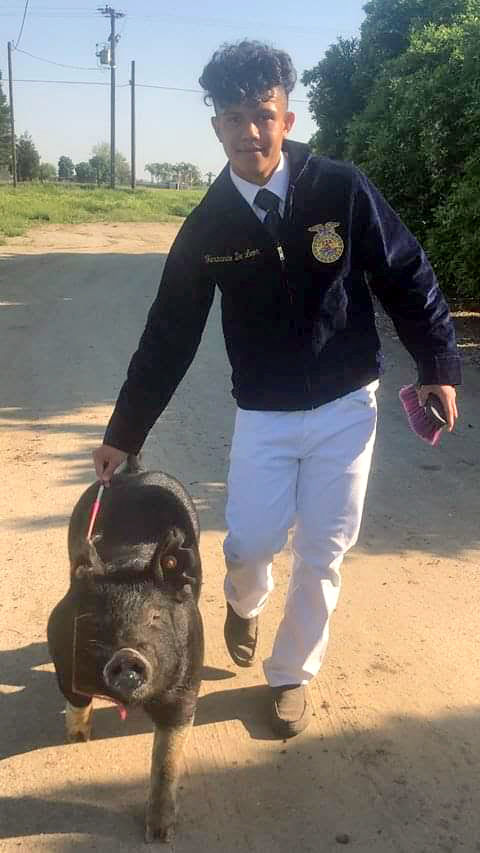 Hailey Henschel knows these are her last few days with her pig, Banks (797).

The two are close and it’s obvious in the way they interact. Whether they’re separated by the bars of Banks’ pen or side-by-side in open area at the Strathmore High School farm, one thing is certain — Banks loves Henschel and Henschel loves Banks.

But their time is short and Henschel is selling her swine project through the Porterville Fair’s Save our Sale and Bid for the Kid livestock sale. Buyers and those wanting to donate via add-on must submit their paperwork by Friday, May 1. Visit portervillefair.com for more information.

Henschel showed animals in 4-H but this is her third year showing for Strathmore FFA. She showed a lamb last year but she definitely likes showing a pig more.

“Pigs have a way better personality,” Henschel said. “They’re so smart and they’re usually not shy. Lambs, they’re usually pretty shy and don’t really care for people that much. Like you can work with them but they’re just weird. But (pigs) have such a fun personality.”

Since Henschel won’t be able to show her pig this year, she’s switched from working on showmanship to playing with Banks and enjoying their time together.

“She’ll chase you and run around, it’s really cute,” Henschel said. “She’s a little scary when she’s coming full speed at you though.”

Henschel visits Banks twice a day, every day to feed her. She gives her marshmallows and Apple Jacks as treats. After Banks eats, Henschel takes her outside to play then cleans Banks and her pen.

“I feel like I put a lot of effort into this project this year,” Henschel said. “Like she’s been a handful, in a good way, but I’ve just had to work a lot with her and I’ve got really attached to her and knowing that I have to sell her is hard but it’s just what we have to do.”

Henschel said she’s going to miss not getting to show Banks because judges and buyers won’t be able to see how much Banks means to her and how well she’d done this year raising her project, which could hurt her financially.

“If you show your animal really good you get ribbons and you can use that when you’re auctioning,” she said. “And if they see like, ‘Oh, that pig did really good.’ Then they’ll usually go for more money.”

Porterville High School sophomore, Fernando De Leon, is another FFA student who was looking forward to showing how hard he’d work with his pig, Bear (792). In an email, De Leon said he was walking his pig daily and felt like he’d improved a lot from last year’s show.

“I really think I improved in showmanship by being able to have complete control of my pig and being able to look at the judge without paying too much attention to my pig because she can trust me when walking her,” he said.

This was going to be De Leon’s third year showing pigs and his fourth showing animals. He started showing in seventh grade through 4-H with meat pen rabbits. He always wanted to show pigs but raised rabbits until he had saved up enough money to raise a pig in a bigger space.

Since pigs were always something he wanted to raise, De Leon didn’t mind the hard work it takes to raise one and enjoyed his time spent with his new friend.

“Raising pigs isn’t a lot of work for me just because it’s something I love doing but a lot of time does go into showing pigs,” De Leon said. “For example feeding, washing, walking, grooming, barn chores. Just little things to get them ready for show. Pigs do require lots of attention when you first get them so they can get to know you but once they get to know you it’s like you guys are best friends!”