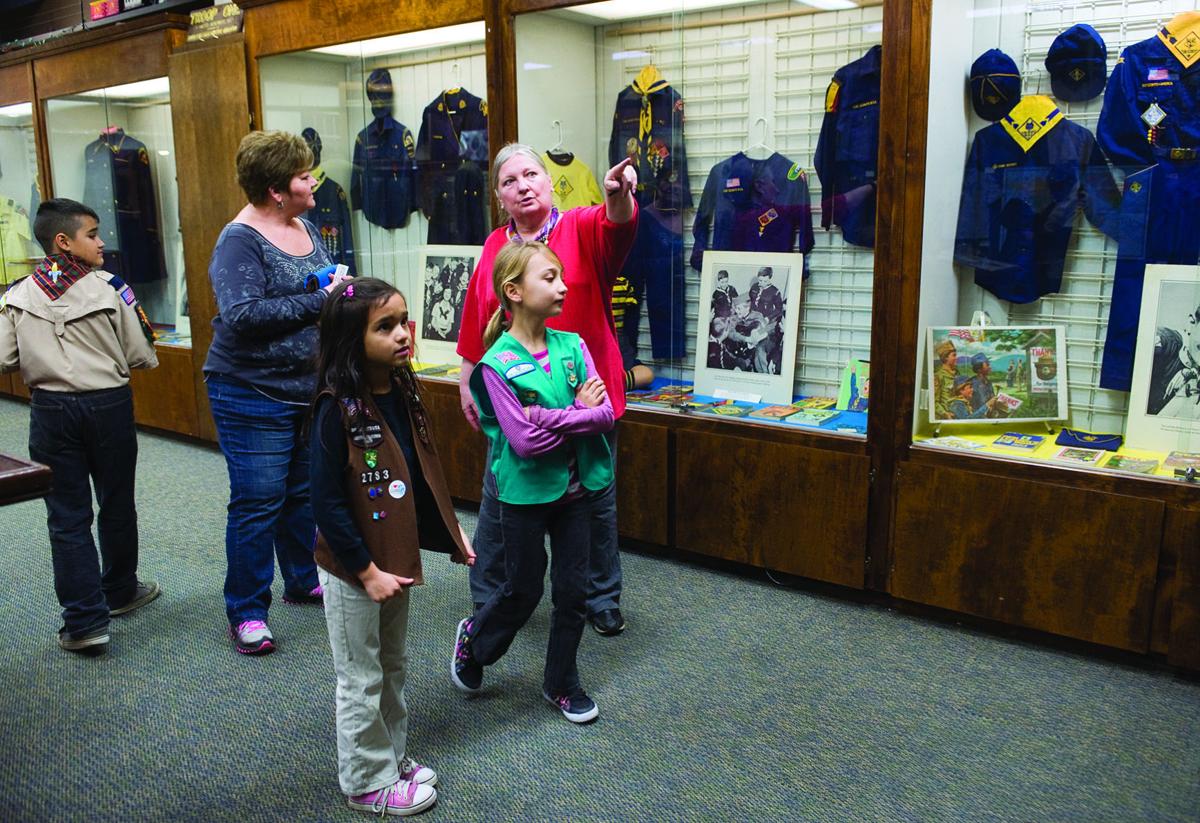 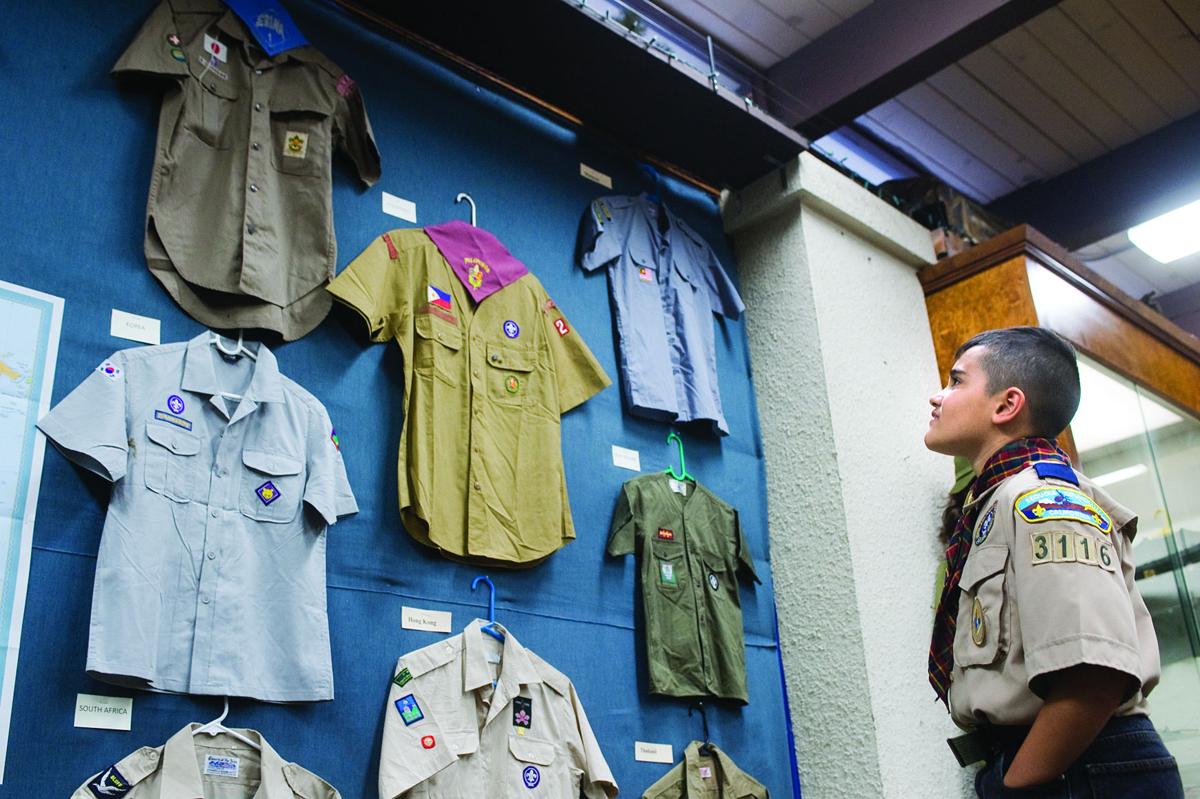 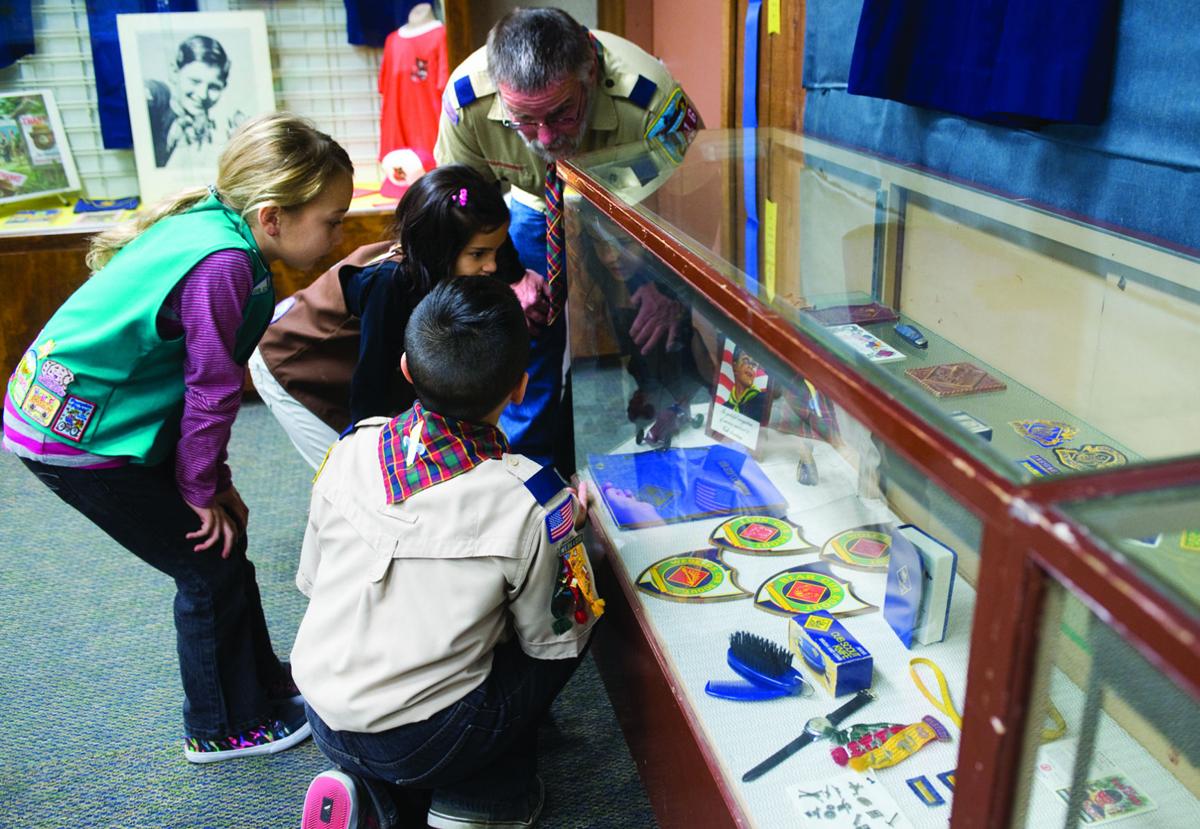 Cub and Boy Scouts around the world are being honored in an exhibit at the Porterville Historical Museum this month.

The exhibit opened Saturday and features Scout items from around the world, presented by Scott Moreland, a scout master and memorabilia collector.

“This is only one-eighth of his collection,” Museum Curator Sheila Pickrell said. “He never does the same exhibit twice.”

Moreland, who also teaches fourth grade at Doyle Elementary School, set up the exhibit to emphasize Scouts are not only in the U.S. Uniforms from around the world are displayed.

There is even a plaque of Lindsay’s Troop One, the first Boy Scout troop in Tulare County, organized in November 1912, just two years after Scouting began. The organization was founded by Lord Baden Powell from Great Britain and the exhibit has a section devoted specifically to him.

Aside from 100 years of uniforms from around the world, patches and awards, the exhibit also features a section on women leaders in Scouts.

“Being a den mother is kind of like the unsung heroes of Scouts,” Pickrell said. “He’s doing a tribute to the ladies in Scouting, too. He’s been putting this together for quite a while.”

The exhibit of 100 years of uniforms is part of a theme, Pickrell said. “The [museum] building is 100 years old, we’re 50 years old, and the Scouts are over 100 years old,” she said. The museum will be celebrating its 50th anniversary on Veteran’s Day this year.

The exhibit also kicks off what Pickrell said she hopes will be the Scout-O-Rama, which, if everything comes together, will be held on Feb. 28.

Plans for the Scout-O-Rama include a jamboree — camping outside at the museum — and perhaps a derby race. Pickrell said she also hopes to have a flag ceremony to burn old flags. She’s looking for troops to participate and supervise booths featuring Scout activities such as camping and cooking.

“Scouts do a lot of things,” she said. “They do a lot of good things. Today’s kids, all they know how to do is video games.”

Troops interested in participating in the Scout-O-Rama can call Pickrell at 784-2053 or email phm@pvilleca.com.

The exhibit will run through Feb. 28. Museum hours are from 10 a.m. to 4 p.m. Thursdays through Saturdays. Entry fees are $5 for adults and $1 for students. Children age six and under are admitted free.

Pickrell said if a troop cannot make the exhibit during regular hours, they can call and make arrangements to view it.

“What’s so sad, there’s so many troops in this area and they’re not coming in to see this,” Pickrell said.