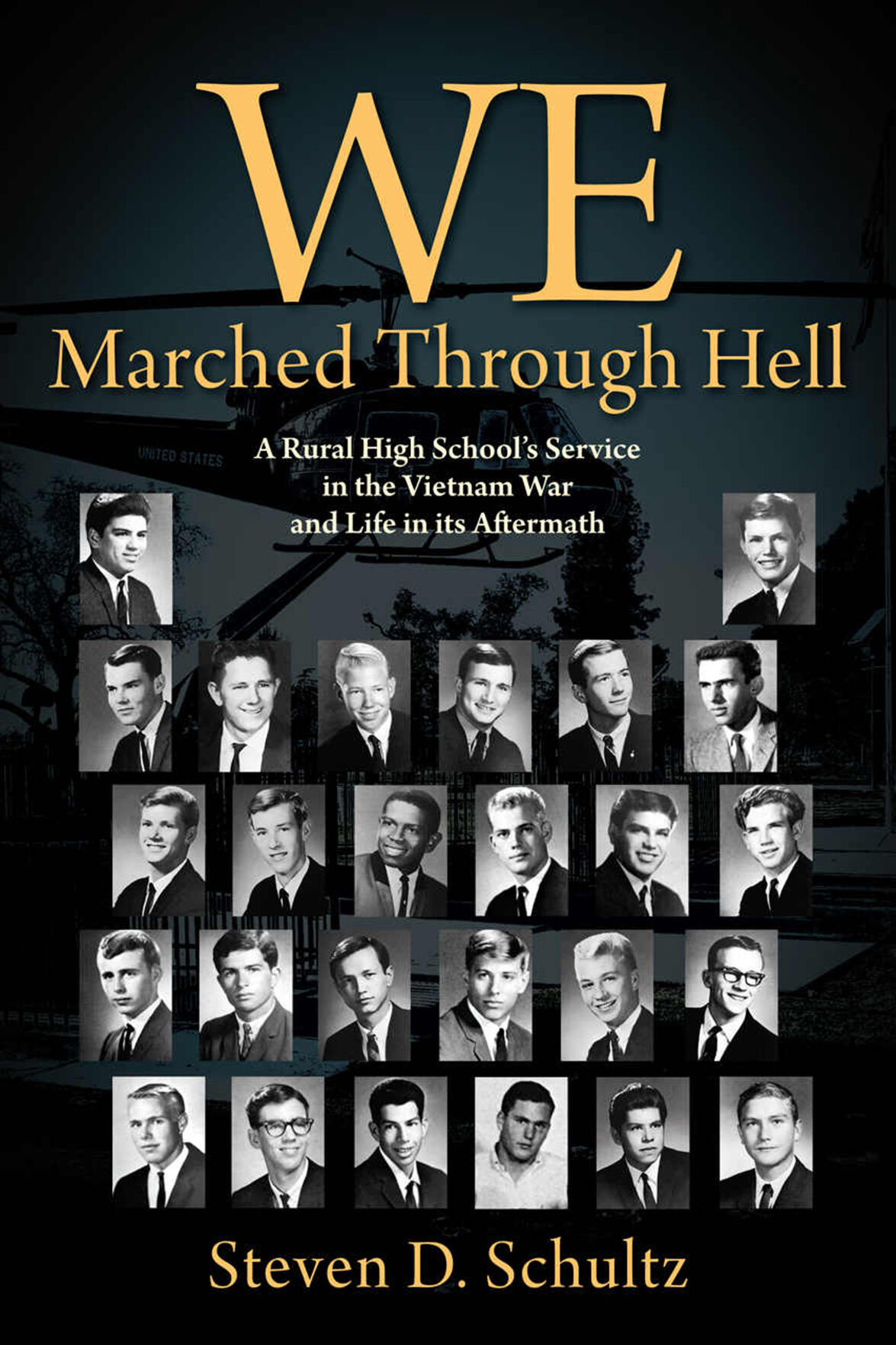 Steve Schultz's book "We Marched Through Hell" is available for purchase online. All funds go towards the Family Ties to Vietnam Scholarship at Porterville College. 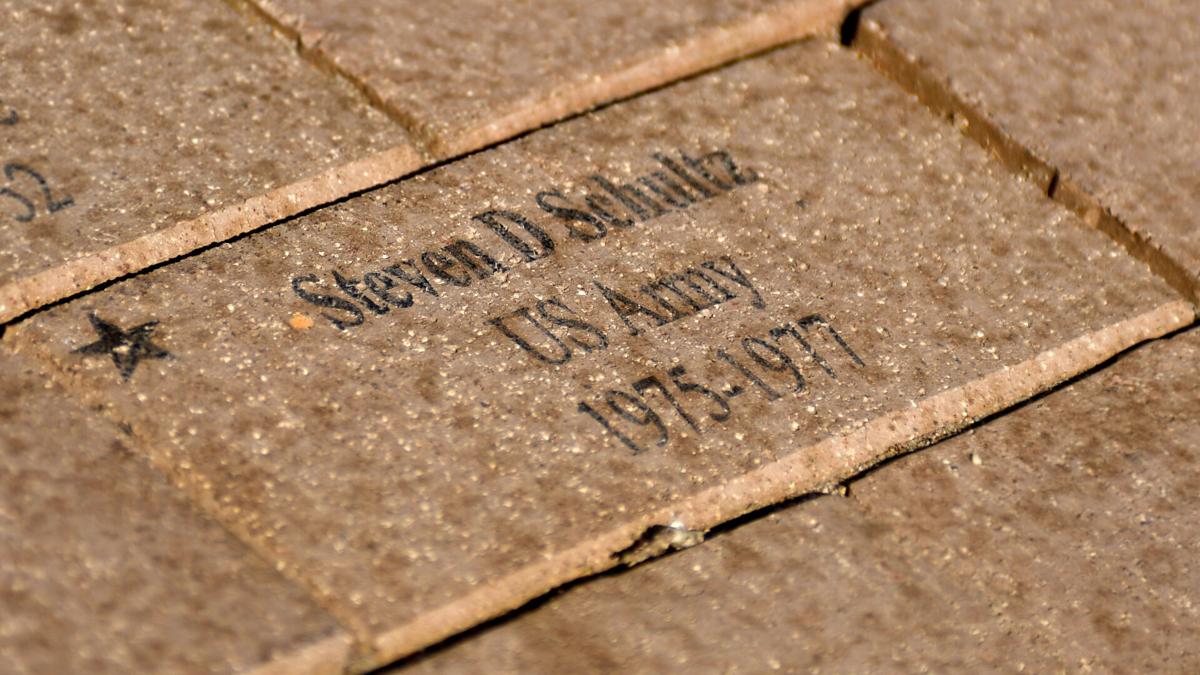 Steve Schultz's service is memorialized in the stones in front of the Veterans Memorial at Porterville College. 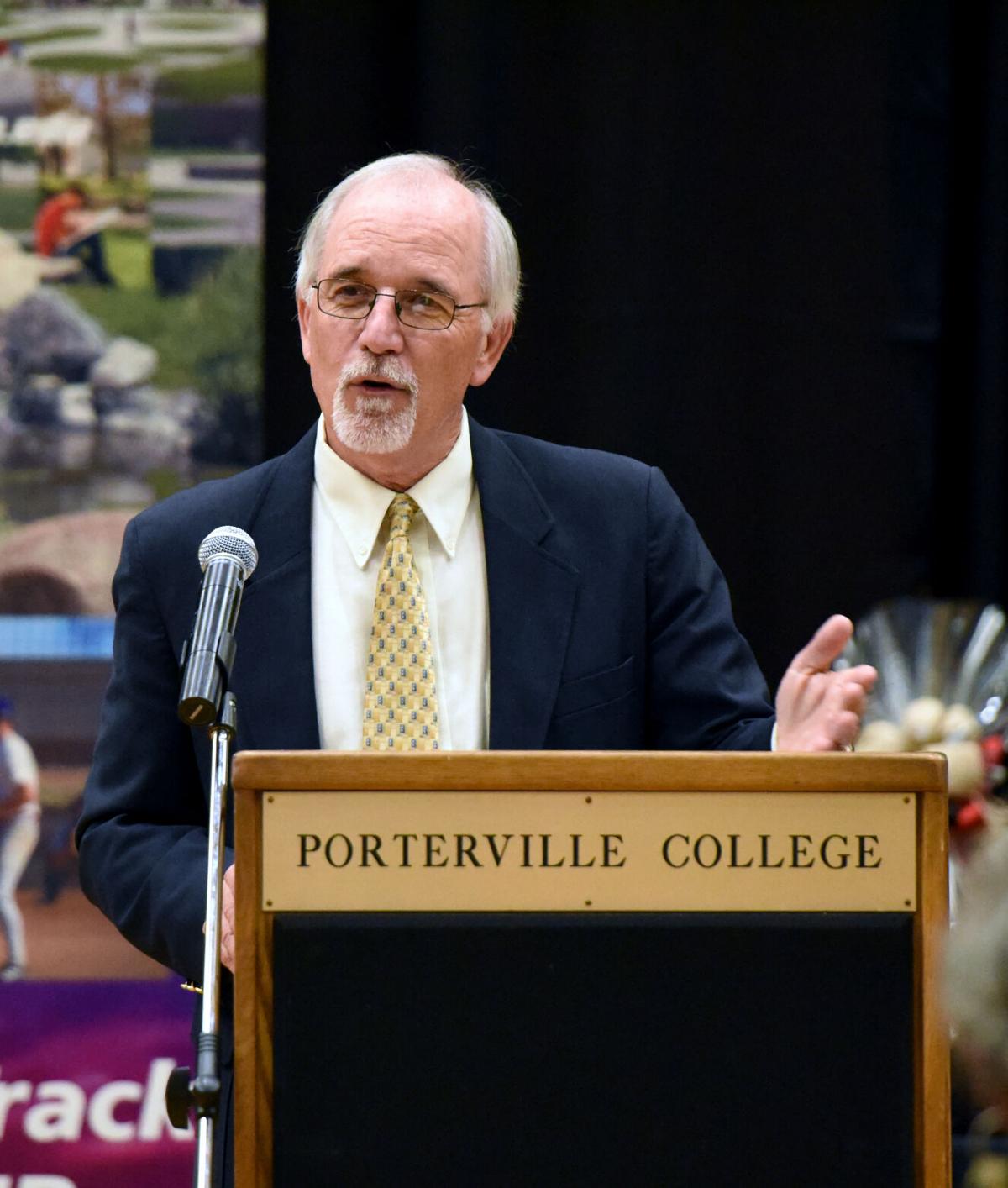 Steve Schultz's book "We Marched Through Hell" is available for purchase online. All funds go towards the Family Ties to Vietnam Scholarship at Porterville College.

Steve Schultz's service is memorialized in the stones in front of the Veterans Memorial at Porterville College.

To Steve Schultz, Veterans Day is a time to remember and pay tribute to the men and women who put their lives on the line to serve this country.

“It’s a day to recognize them and honor them because this country, we wouldn’t be where we are without them,” Schultz, a US Army veteran, said.

This year for Veterans Day, Schultz is putting up large white crosses on veterans’ graves in the Zion Lutheran Church cemetery. However, Schultz never hesitates to honor veterans in his daily life regardless of what day it is on the calendar.

Before he retired from Porterville College, Schultz spent the last of his 27 years working with veterans. During that time, he led the charge of bringing a Veterans Resource Center and Veterans Monument to the campus and was inducted into the PC Foundation Hall of Fame as the Distinguished Alumni in 2019.

“The last two years of my time at Porterville College getting the Veterans Center started and working with veterans, and doing some other things with them were the two most satisfying years in my 34 years of higher education. That includes (at) Porterville College and Fresno State,” Schultz said.

Now retired, Schultz continues to find ways to give back to veterans, beginning with his book “We Marched Through Hell.” Published in February of this year, the book tells the stories of Porterville High School graduates who served in the Vietnam War.

After an interview with a veteran, Schultz said a comment about how much money he should make from the books gave him another idea -- start a scholarship.

“I was just about ready to leave, and he said, ‘I hope you make a lot of money off the book.’ And I was going home, I thought, ‘I can’t make a dime off these guys,’” Schultz said. “They experienced the experiences. I just put them on paper and stuck them in a book. But they’re the ones that experienced it. There’s not a chance in the world that I take a dollar off these guys; they’re the ones that deserve the credit for these books. Not anything I did. So I talked to my wife and said, let’s do something.”

And so the Family Ties to Vietnam Scholarship was born.

“(The scholarship) will be given to those academically qualified students at Porterville College who have a family member that served in Vietnam,” Schultz said. “Could be a grandfather, uncle, cousin. Doesn’t matter. Anyone who served in Vietnam.”

“And I didn’t do that as a slap on my back or anything. I did it because I don’t deserve a dime. These guys are the ones that deserve that, so in some way, their families will benefit from their experiences as well.”

The motivation behind Schultz’s support for veterans comes simply from caring, and when it comes to Vietnam veterans, in particular, it’s about correcting wrongs from the past.

“With the Vietnam veterans, what keeps me going, is knowing what they experienced,” Schultz said. “Not just in Vietnam, but they have such a horrendous experience and come home (to) be treated the way they were is unconscionable. That should give anyone motivation to help them. And then from them, they paved a way for the services that are returning veterans are receiving now.”

Many veterans don’t ask for help, but that doesn’t stop Schultz from knowing that they need it.

“They’re macho, they’re tough,” he said. “They don’t need help, but help is exactly what they need. One of the gentlemen here, Roger Gibson, the only African-American that’s in the book. He’s since passed away two months ago (but) he said, ‘Steve, anybody whose been in combat needs help.’”

And it’s not only veterans who need help but their families and descendants too.

Two weeks after “We Marched Through Hell” was officially published, COVID-19 made its way into headlines and prevented Schultz from having any book fairs or signings for the book. Still, 600 copies of the book were sold, and all the money from sales is going towards funding the scholarship, Schultz said.

“I don’t know how much money we’ve made off of it so far, but we have at least enough for a scholarship,” Schultz said. “I’ve sold a little over 600 books at this point without doing much. And I’m glad.”

Schultz plans to hold a book signing with the veterans featured in “We Marched Through Hell” at PC’s Veterans Resource Center, along with book fairs throughout the city, when some type of normalcy returns.

Those wanting to donate directly to the scholarship without purchasing a book can do so by sending a check to the Porterville College Foundation, c/o Ramona Chiapa, and designate the donation to the Family Ties to Vietnam Scholarship.

From the book and the scholarship, Schultz hopes that more veterans are encouraged to tell their stories and that the community and schools create ways to archive those stories. These are stories that are a part of this country’s history, and Schultz feels every effort should be made to record and preserve them to educate the next generation.

“We want to keep an archive; please come in and let us know,” Schultz said. “But they’re all in their early or mid-70s now, and a lot of them are not healthy, and we want to get their stories before it’s too long.”