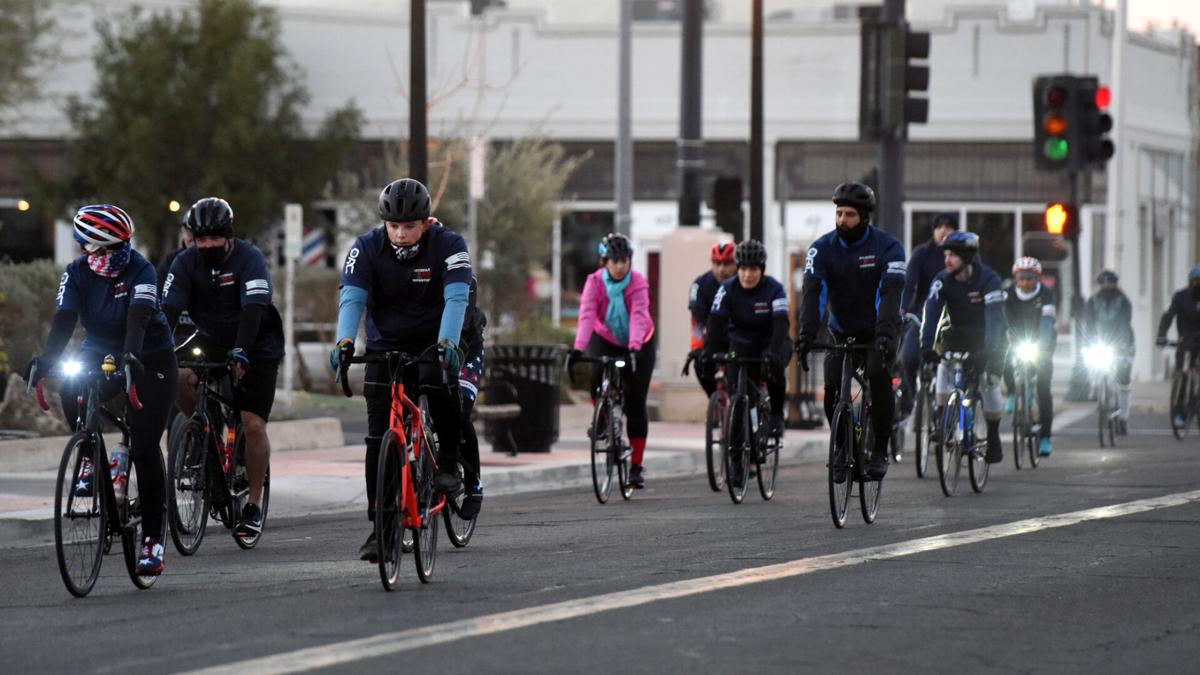 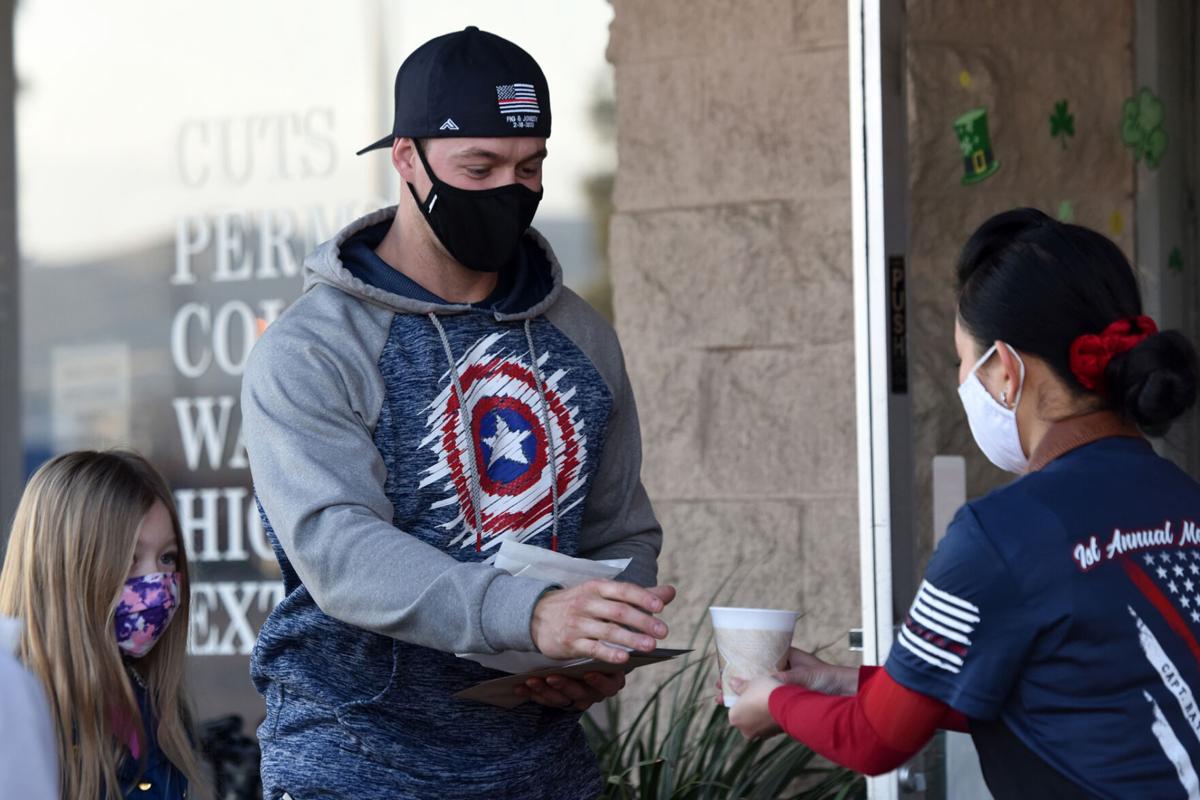 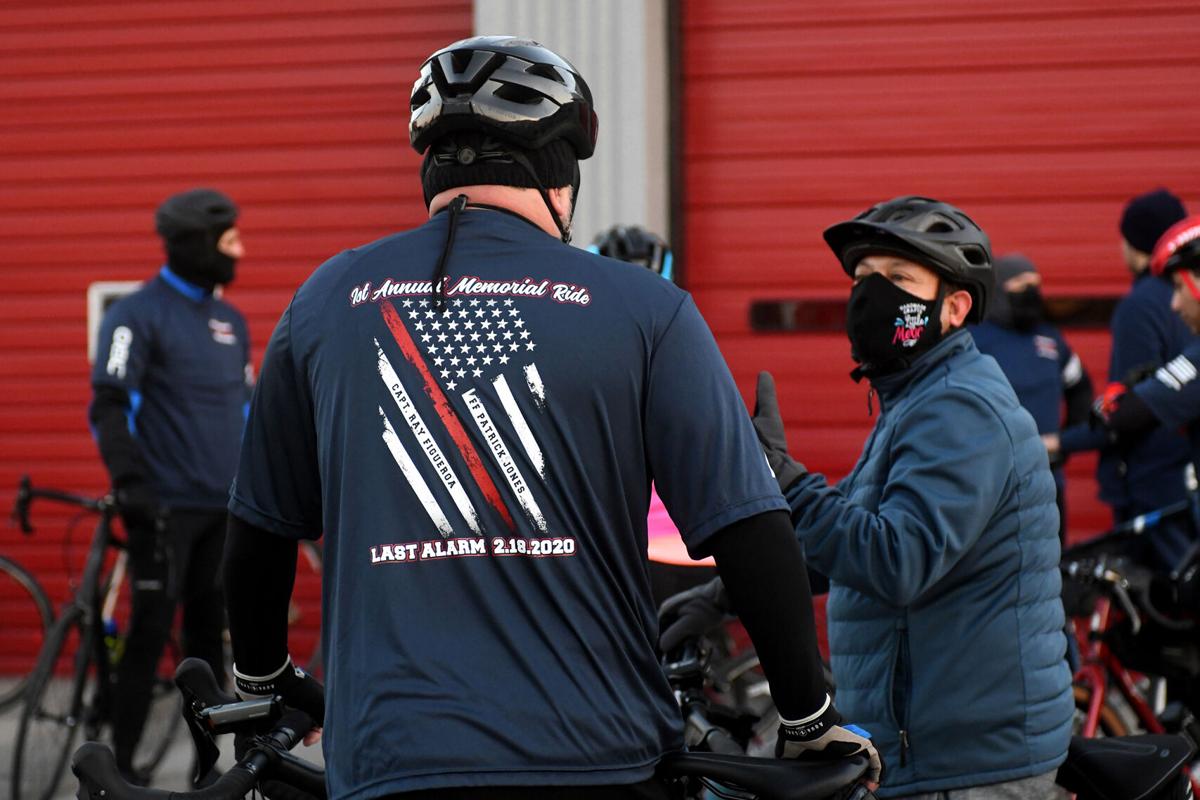 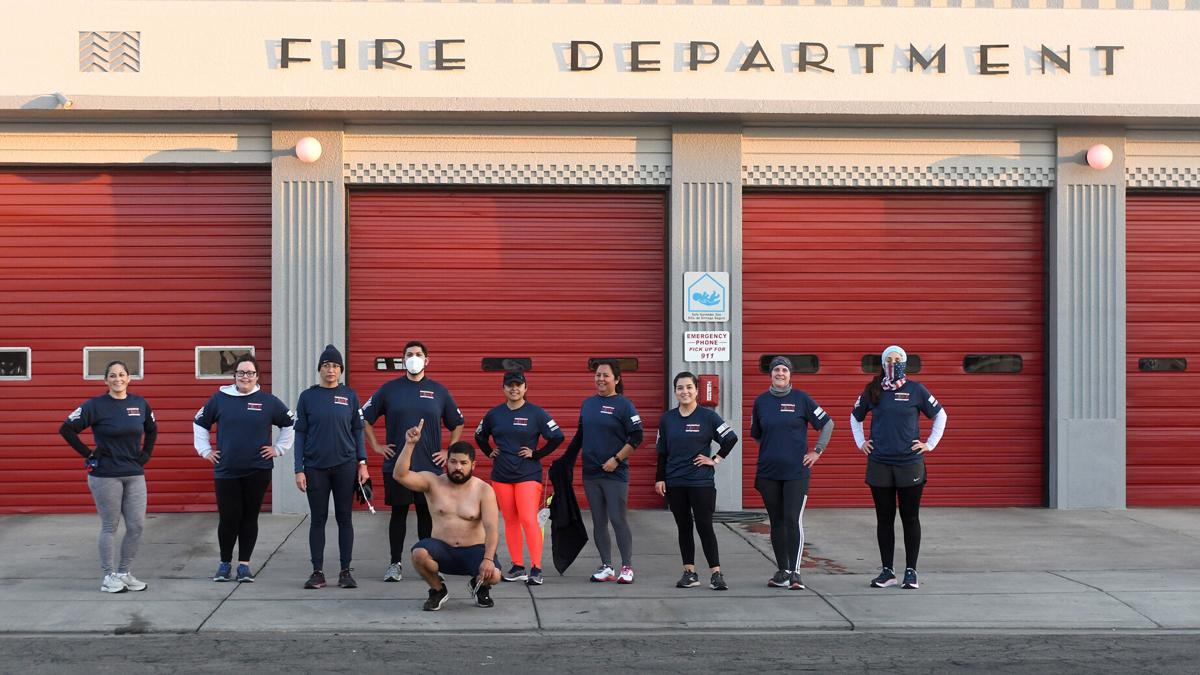 Before the sun was up, they were up.

Cyclists from Orange Belt Cycling gathered at Monache High School just before 6 AM Thursday for a ride like no other.

Nearly 20 riders rode nine miles through the city’s streets, passing by Porterville Fire Station 72 and 73, before stopping at Station 71 where fallen firefighters Patrick Jones and Capt. Ramon Figueroa had worked.

Jones and Figueroa lost their lives last year while battling the Porterville City Library fire’s flames on Feb. 18. OBC rode together to commemorate the two firefighters and honor them for giving the ultimate sacrifice to save others. They also wore shirts, done by Glory Graphics Studio, that marked the anniversary ride and memorialized the firefighters.

“It’s crazy cause I couldn’t even sleep last night, but I feel like I’m really happy with the turnout that everyone came out to support,” ride organizer Natalie Godinez said.

Godinez worked with Yvonne Vivas to organize the ride and said that the idea for it came from Figueroa’s love for the phoenix.

“Today, we originally wanted to do this route that’s called the Bird Loop, and I thought it would be really cool because Ray really liked the phoenix, like the bird,” Godinez said. “But it’s a Thursday, and that ride’s like 35 miles, so it wasn’t going to be quick.”

Vivas suggested doing a fire station loop, and that’s what the group did. OBC will however be back out Saturday to do the Bird Loop.

In the days leading up to the library fire’s anniversary, Godinez felt anxious and nearly pulled out of doing the ride. But Vivas reminded her that she had everyone’s support through this tough time.

“I just wanted her to feel that she has the support and people to back her up for the good cause of keeping the memory alive of the firefighters, Capt. Figueroa and Jones,” Vivas said. “Just to let her know we’re there, and we’ll help her get this ride together, just to keep their memory going.”

For Godinez, the ride was special not only because of the turnout but because of who turned out. Riding with OBC were two former Porterville firefighters.

“For me, it was to keep the memory of the fallen still going,” PR administrator, Rosemary Rodriguez said. “But also to show (the city) that we can still be...a community in a time of need when everybody feels like they’re so distant.

“Also that we will stand for those who have lost somebody when they can’t. And today is probably one of those days where they can’t stand. So we will. We’ll stand, we’ll run, we’ll do whatever we can to keep these memories alive and the unity together in this city.”

During their rides and run, OBC — who have several PR members — and PR crossed paths with each other in an emotional moment for Rodriguez.

“That was really emotional honestly,” Rodriguez said. “That was the emotional part because let’s just say we’re 50 deep now. And that’s just 50 people in the community standing for the same belief that we are united, that we are honoring those who have fallen. We stand with the brotherhood and sisterhood of firefighters that are also suffering today.”

Many cyclists and runners ended their rides at Hergesheimer's Donut Factory, where owner, Amanda Yan, held a drive-thru breakfast of donuts and coffee for Porterville Fire Department and their family members.

“They are both our heroes,” Yan said. “ It’s such a tragedy. Moreover, they’re good friends of us, good friends of mine. So it’s really hard. And they both were such good firefighters, good men. Charming, kind-hearted.”

Yan had fond memories of Jones and Figueroa, and said that Jones’ favorite donut was a chocolate twist while Figueroa liked maple bars.

“It’s just so hard to lose our heroes here in our community,” she said. “So we wanted to do this and honor our Porterville Fire Department and their families with the coffee and donuts. It’s a hard day for the fire department and also our community, and that’s why we’re doing the drive-thru.”